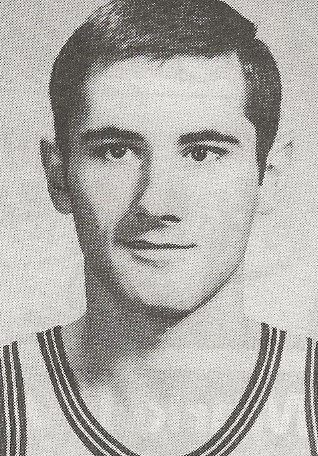 Biography:  Danny Johnson played on the 30-1 Benton club which was rated No. 1 for 20 weeks during the 1966-67 season and reached the sweet 16. In 1968, he established a Benton scoring record of 744 points and was named All-Conference, All-Southern Illinois and All-State. During the Centralia Holiday Tournament, Johnson was named most valuable player in 1967. Johnson, an outstanding defensive player, established a Benton record for steals with 258. Johnson attended Western Kentucky University, where he was the team captain as a senior. He was a member of the 1971 Western Kentucky team which placed third in the NCAA tournament.