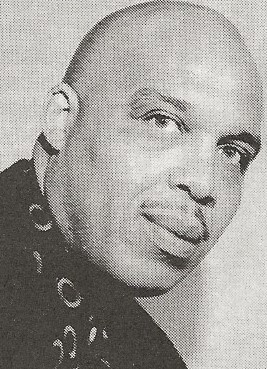 Biography: George Montgomery followed an All-City senior year at Corliss High School in Chicago with a great career at the University of Illinois. Montgomery helped the Fighting Illini to four postseason tournaments, a Big Ten championship and two runner-up conference finishes.  Montgomery scored 102 points and grabbed 104 rebounds as a freshman as Illinois appeared in the National Invitation Tournament in 1982. As a sophomore, Montgomery aided Illinois in becoming the 25th school to reach the 1,000-win plateau and to the NCAA tournament as Big Ten runner-up. Montgomery had 184 points and 146 rebounds.  The Illini won its 12th Big Ten basketball championship in 1983-84 and posted its first back-to-back 20-win seasons since 1951-52. With Montgomery as a starter, Illinois won two games in the NCAA. Montgomery had 301 points and 224 rebounds.   It was captain Montgomery his senior year as Illinois finished second in the Big Ten and again won a pair of NCAA games. Montgomery scored 236 points and brought down 286 rebounds. Illinois won 91 of the 127 games he played with the Illini.  Montgomery was a second-round draft pick by the Portland Trail Blazers and played professionally in Europe for 12 seasons.