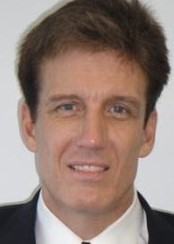 Biography: The 6’ 7” Jim Stack led St. Laurence to the Chicago Catholic League Championship in 1978. The Vikings compiled a 27-1 record and their lone loss coming at the hands of undefeated State Championship, Lockport. Stack averaged 21 points and 13 rebounds while shooting 58 percent from the field. Stack was named to three All-State teams before signing with Northwestern. Despite playing only two games for the Wildcats as a freshman, before injuring his knee, Stack compiled an impressive career. Stack scored 1,583 points to tank second on the all-time Northwestern career scoring list upon graduation. In addition, he had 270 career assists and 67 steals along with 644 rebounds. Stack was All-Big Ten in 1982 and 1983 and in the seven tournaments the Wildcats competed with Stack on the roster he was named to six of the All-Tourney teams. The 1982-83 team set a Northwestern record for wins which had stood for 52 years when it won 18 games. That was Stack’s second season as captain of the Wildcats. Stack was drafted by Houston in the NBA and played professional basketball in Europe. He returned to basketball and was the assistant general for the Chicago Bulls for 12 seasons.  The Bulls won 6 NBA titles during Jim’s tenure with the team.  He also worked with the Indiana Pacers and New York Knicks before becoming the general manager of the Minnesota Timberwolves through 2009.  He became an analyst with the Big Ten Network beginning in 2010.