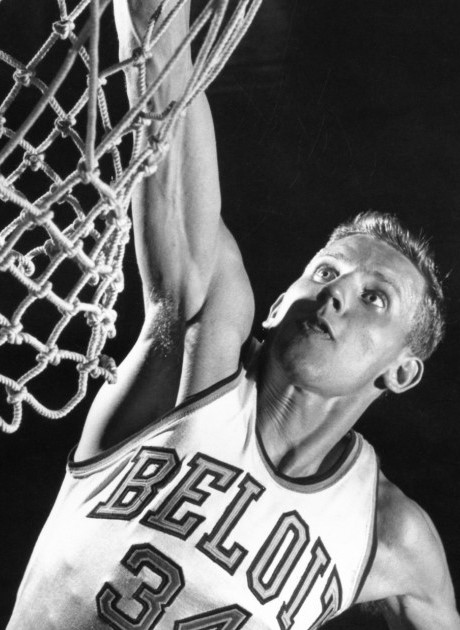 Biography: Ron Bontemps is an All State player who led his Taylorville Tornadoes to Illinois basketball history as the first team to win the state championship as an undefeated (45-0) team in 1944.  Ron went on to play at Beloit College, quickly becoming a star for Dolph Stanley, his former high school coach.  Ron played in the East-West College All Star Game, became an All American AAU player with the Peoria Cats and started for the US Olympic team in 1952.  In 1954 he was named as the nation’s outstanding AAU player and is in the Helm’s Hall of Fame.  Ron passed away on May 13, 2017.