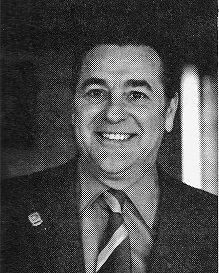 Biography: Lou Boudreau was an All State player for three years at Thornton High School.  At Thornton, he played in three consecutive state championship games winning the 1933 state title.  After high school, Lou earned All Big Ten and All American honors at the University of Illinois.  Later he gained fame and recognition as a baseball player (Cardinals and Cubs among the teams he played for) and manager for the World Champion Cleveland Indians.  At the time of his induction in 1973, Lou was a sportscaster for WGN radio in Chicago.  Illinois lost one of its greatest players and people on August 10, 2001.