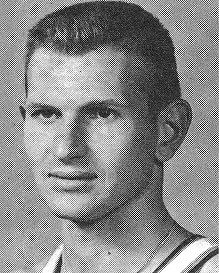 Biography: Ted Caiazza was an All-State player for two years and a 1954 All American at Lyons HS in LaGrange.  Ted led his team to a 3 year record of 71-4 including the 1953 State Championship.  Some of his records include:  38 points in 1953 in the state tournament game (most at that time), a 4 game total of 121 points in 4 games of the 1953 tournament (also a record at that time).  Ted scored 1704 points in his 3 years of varsity competition at Lyons.  Ted played his collegiate basketball at The University of Illinois.  After his playing days Ted turned to coaching, mostly at (Burbank) Reavis High School.