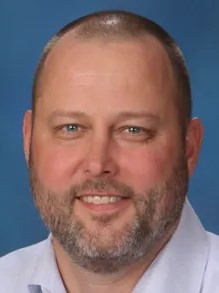 Biography: Brad averaged 14 ppg, 12 rpg and 19ppg, 12 rpg respectively his during his junior and senior years at Geneseo High School.  He was a first team IBCA All State and IBCA All Star in 1994, Quad City Player of the Year 1994, and Mr. Basketball nominee 1994.  After his prep career ended, he played two years at Indian Hills Community College where he was team captain and team MVP two years on a team that was ranked 4th nationally his freshman year and first nationally his sophomore year. Brad was a JUCO National Championship All-Tournament Team and first team All-Region team his sophomore year and 2nd team his freshman year.  He Transferred to Iowa State University where he was the team captain his senior year and was the defensive player of the year. He averaged 2.1 ppg, 1.2rpg, and .7 assists for his career with the Cyclones.  He played on the Iowa State 96-97 NCAA Sweet 16 team.