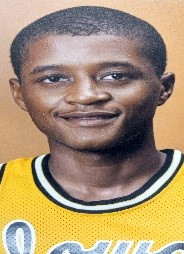 Biography: Andre was a three-year starter at Chicago Mendel Catholic High School, graduating in 1982. He averaged 19 points and eight rebounds per game during his high school career.  Andre was a consensus first-team all-state selection as a senior in 1982. He earned a scholarship to the University of Iowa and went on to play four years for the Hawkeyes. During his career, Andre was an elite ballhandler and defender.  He went one stretch in his senior year of 5 consecutive games without a turnover.  He equalled the school record for steals in a season with 66.  These accomplishments led to his being named as team MVP for his senior season of 1985-86.  While Andre was drafted by the Houston Rockets, he played professionally overseas for a number of years.