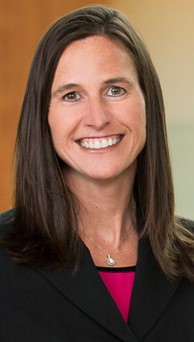 Biography: Moira Kennelly played 130 games at (Des Plaines) Maine West High School. She was an important member of a team that won the 1988 IHSA Class AA State Championship and set a state record of 65 consecutive wins. Moira scored 1,445 career points and set the school record in steals with 526. She also had 703 career assists. Moira is a 2-time IBCA All-State selection. Playing at Northwestern University, Moira had an excellent career. She set the school record for most steals in a game with 11, had 13 assists in one game twice and went 13/13 at the free throw line in one game. For her career, Moira became first in steals with 236, second in assists with 546, third in 3pt. field goals with 173. Moira was selected by the Big Ten to the All-Conference Team.