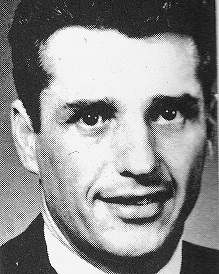 Sammy Esposito was and all-state player at Chicago’s Fenger HS where he once scored 81 points in a single game.  After high school, Sammy played at Indiana University and then had a baseball career with the Chicago White Sox.  He played for the White Sox for 10 seasons, making an appearance in the 1959 World Series.  After his playing days ended, Sammy began coaching at (East Chicago, IN) Washington HS.  At the time of his induction in 1973, he was the head baseball coach and assistant basketball coach at North Carolina State University.  Sammy coached baseball there from 1967-1987.  Sammy Esposito passed away on July 10, 2018.