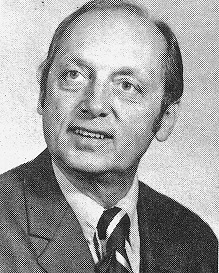 Bill Haarlow was an all-state player from Chicago Bowen HS where he set many city and state scoring records.  In 1973, he was selected to the all time Chicago area team.  After high school, Bill stayed in town to play at the University of Chicago where he was an all Big Ten performer for three years.  He led the Big Ten in scoring in 1935 and 1936 and was selected to the all time Big Ten team.  Bill was a member of the 1936 US Olympic team and was chosen by World Book to the all time All-American squad.  After college, Bill became an outstanding basketball official, authored a book on officiating, and served on the NCAA rules committee.  Bill worked as the commissioner of the Big Ten Basketball Officials for many years.  Bill Haarlow passed away on November 21, 2003.