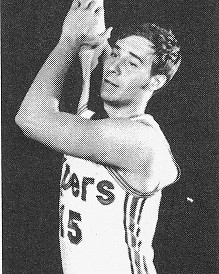 During his three year varsity career at Riverside-Brookfield HS, Tom Kondla was one of the most prolific scorers and rebounders in the history of the West Suburban Conference.  During his senior year in 1964, Tom was an all-state and all-American player who was widely sought by college programs.  Tom attended the University of Minnesota where he set numerous scoring and rebounding records.  In 1967 he led the Big Ten in scoring and was named to the All Big Ten team.  He repeated as an All Big Ten performer in 1968 and added All-American honors.  After college he became the number one draft pick of the Minnesota Pipers of the ABA.  He also played for the Houston Mavericks of the ABA.