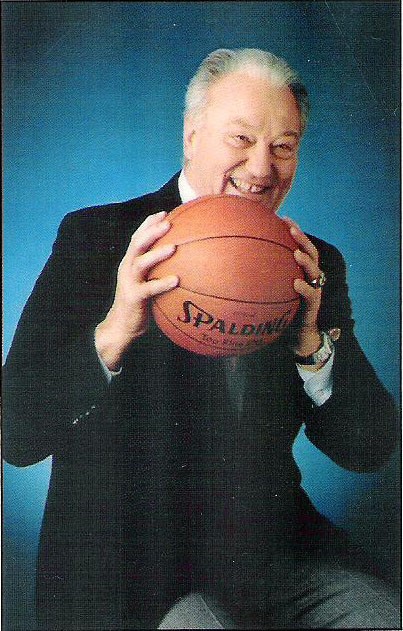 Biography: Ray Meyer is one of the nation’s outstanding basketball coaches and entered the IBCA Hall of Fame in 1974 as a coach.  Ray began his playing days as an outstanding player at St. Patrick’s in Chicago.  He then was a captain of his collegiate team at the University of Notre Dame.  During that time he made many connections that helped him begin the transition from player to coach.  Unfortunately, due to his enormous success as a coach, his talents as a player have often been overlooked.  Ray was one of the best to emerge from the rich basketball traditions of Chicago.  Ray is joined in the IBCA Hall of Fame by his sons Tom (2000) and Joey (2021).  Ray Meyer passed away on March 17, 2006.