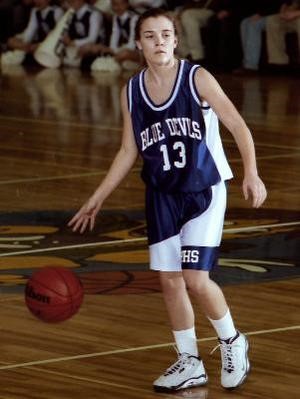 Kandy had a scoring average of 24 points per game at Bismarck-Henning High School, finishing with 2,650 career points.  She scored in double figures in 56 consecutive games and set 34 school records. She sank 82 percent of her free throws and made 222 3-pointers.  Kandy scored a school-record 45 points in a game. She was a first-team IBCA all-state selection and won MVP honors in the IBCA All-Star Game. She was nominated for the Illinois Ms. Basketball Award. Kandy played collegiately at Eastern Michigan University.