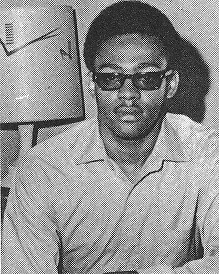 Biography: Les Taylor was an All-State player at Carbondale HS.  He led his Terriers to the Elite Eight.  After high school, Les went to Murray State University and was voted the Player of the Year in the Ohio Valley Conference.  He also achieved All-American status.  Les still ranks as one of Murray State’s all-time best players.  Les was inducted into the Murray State Hall of Fame in 1987.