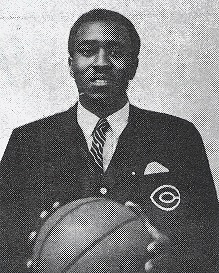 Clyde Turner was an all-state player in 1969 from Champaign Central HS.  He attended Robert Morris Junior College before attending the University of Minnesota.    In 1971-72 Clyde was the Gophers’ leading scorer and received all Big Ten honors while leading his team to the conference title.  After college, Clyde was drafted and signed with the Milwaukee Bucks.  With his playing days behind him, Turner impacted the state of Minnesota in a much more important and dramatic role, as he has dedicated his professional and personal life to the betterment of Twin Cities children and families. The former Gopher has compiled a professional career, which included 14 years in leadership roles at the Twin Cities Big Brothers/Big Sisters program and 13 years with the Family Alternatives program.