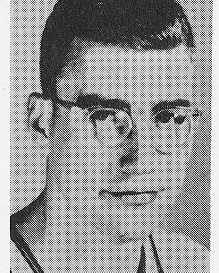 Biography:    George Bon Salle was a top player coming from the Chicago Catholic League’s Loyola Academy.  George was an all league and all city selection during his junior and senior years when he averaged over 20 ppg.  George continued his success at the University of Illinois where he became an all Big Ten selection.  George captained the US team in the Pan Am Games where the United States won the gold medal in 1959.  He toured Russia with the AAU and played several years with the Denver Truckers in the National Industrial Basketball League.  He later played from 1961-62 with the Chicago Packers (later became the Washington Wizards).  George passed away on July 20, 2015.