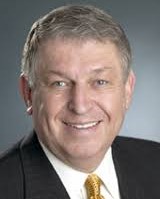 Biography:   Jerry Colangelo was an All-State player at Bloom HS in 1956 when Bloom lost to Geneva in the Sweet 16.  He averaged 25 ppg in his senior year while leading his team to the South Suburban League Championship.  After high school, Jerry went on to star for the University of Illinois where he was captain of the Illini as a senior.  Jerry is best known as the long time general manager of the Phoenix Suns.  In the summer of 2005, Colangelo was named director of USA Basketball whose team represented the United States in the 2008 Beijing Olympics and 2010 FIBA World Championships. Since 2009, he has served as Chairman of the Naismith Memorial Basketball Hall of Fame. Colangelo also serves as Chairman of the National Italian American Foundation (NIAF), a nonprofit nonpartisan educational foundation that promotes Italian American culture and heritage.