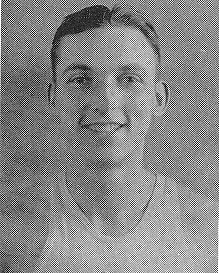 Biography: James “Pim” Goff is considered by many to be the greatest all-around athlete in ISU history.  In one year during high school  (Normal Community) he lettered in 5 sports.  At Illinois State University, he was four years all conference, Little 19.  Pim later played pro basketball with Oshkosh and Hammond along with several semi-pro teams.  He is in the NAIA Baseball Hall of Fame and the Illinois State University Hall of Fame. James was a head basketball coach at Millikin, Eastern Illinois, Illinois State, and Quincy. He compiled a 168-168 record at the collegiate level.  Pim Goff passed away on February 28, 1980.