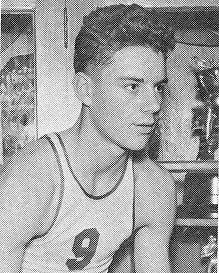 Biography:   Ray Sonnenberg had a great prep career at Collinsville HS under Virgil Fletcher.  He then moved to St. Louis University where he was a team captain and led the Billikins to the NIT twice and the NCAA once.  He played on the 1952 College All-Star team against the Harlem Globetrotters in the Worlds Series of Basketball.  While in the service of our country, Ray played for the Air Force Championship team and the World Wide Interservice Championship team.  After his playing days, Ray became a very successful high school and college referee.  Ray passed away on March 5, 2003 at the age of 72.