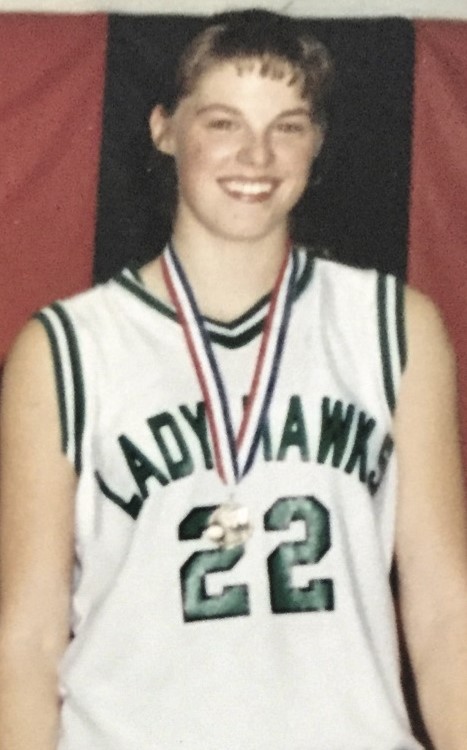 Biography: Stosha was a four year letter winner in basketball, softball, and volleyball at Carrollton High School.  The Hawks were 96-13 in basketball during those years and Stosha was The Alton Telegraph Player of the Year for the 1995-96 season.  Carrollton reached the IHSA Class A state finals her senior season and won three IHSA Regional titles in her four seasons.  Stosha went on to be a stellar collegiate player for two seasons at Southern Indiana University before finishing her playing career at Southern Illinois University–Edwardsville.