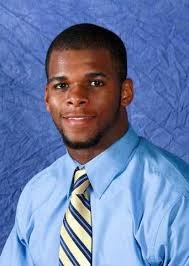 Biography:  Kavon scored 1,499 points at Alton High School from 2003-2007.  He was an all-state player.  Kavon became the all-time leading scorer at Alton while also being regarded as one of the top defenders in the state.  He was a four-year starter on teams that won 100 games.  Kavon earned a scholarship to Evansville University, where he totaled 537 points scored, 282 assists delivered.  He made 76 starts for the Purple Aces and was the team captain during his junior and senior seasons.