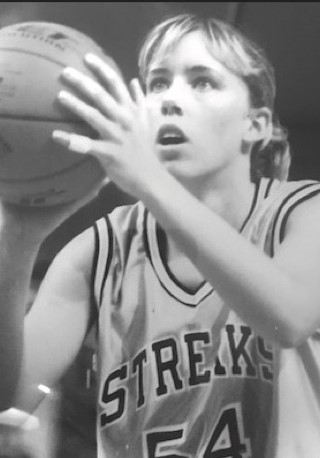 Biography:  Sarah was a two-time IBCA All-State Player from Galesburg High School.  She scored 41 points in a single game and had 350 rebounds in a season.  She finished with 1,906 career points, 1,145 career rebounds, and made 554 career free throws.  In her four seasons, Sarah led the Silver Streaks to a 122-15 record. She is one of a handful of players in Illinois history to finish all four years of her high school career on the floor of the IHSA state finals. Her teams finished in the Elite Eight, 4th in the state, 3rd in the state and 2nd in the state.  She continued her career at Southern Illinois University at Edwardsville, playing in 54 games for the Cougars.