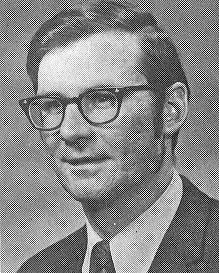 Biography: Leo John Binz is just one of the many small school basketball players in Illinois who amassed much notoriety by playing under the one class system.  Binz was noted for his prolific scoring, rebounding and hard-nosed play at Hampshire High School.  Binz was all Little Eight Conference for three seasons, leading the conference in scoring all three seasons.  He was regarded as a master of the long hook shot with either hand.  After high school, Leo took his deft shot to Quincy College (now Quincy University) where his scoring average increased each season to 18.5 as a senior.  At the time of his 1973 Quincy University induction to their Hall of Fame, Leo held the records for most points in a career and most rebounds in a career.  He was one of the first 10 enrollees into the Hawks’ Hall of Fame.