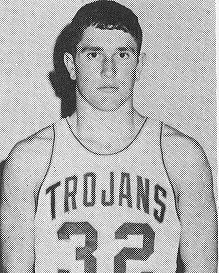 Biography: Don Hamel was an all conference selection in the North Central Illinois Conference during his sophomore, junior, and senior seasons at Mendota High School.  In each of those seasons, Don led the conference in scoring.  During his senior year, he was an all-state player with an honorable mention for All-American status.  Hamel set many Mendota records including the single game scoring mark of 48 and the single season total of 771.  His career total of 2158 points is still one of the top career marks in the state.  His career assists record of 506 makes his scoring even more impressive.  Don attended Northern Illinois University where he set a single game field goal percentage record with a 10/11 performance.  After college, Don returned to teach and coach at Mendota.  He later taught and coached in Shriner, TX.