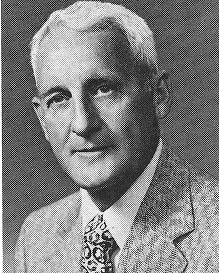 Biography: Don Morris is also being inducted as a player.  Don’s playing career at Streator HS was outstanding.  He was an all-state player in both basketball and football.  In basketball, Don scored 567 of his 1,211 career points as he led the Bulldogs to a 31-2 record and the Sweet Sixteen.  Streator reached Champaign two other times during Don’s four-year career.  The one-handed jump shot has become a staple of today’s game.  Don was credited with being a pioneer of this shot in the state of Illinois.  In baseball, Morris and Streator made three trips to the state finals with a second-place finish in 1942.  Following high school, Don played all three sports at St. Ambrose College in Davenport, IA. Don Morris passed away on July 11, 1983.