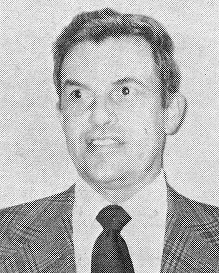 Biography:  One of the magical names of the early 1950’s in Illinois basketball is Bruce M. Brothers.  At Quincy High School, Brothers played in three state tournaments and was acclaimed as an all-state player during both his junior and senior years.  Brothers and Quincy finished 3rd in 1951.  In 1952 Quincy lost to Cinderella team Hebron in overtime for the title.  In the 1952 North-South All Star Classic in Murray, Ky., Brothers led the North to victory and was named the game’s outstanding player.  Bruce averaged 21 ppg and 17 rebounds per game during his Quincy career.  At the University of Illinois, Brothers was a three-year regular.  Bruce Brothers passed away on August 4, 1986.