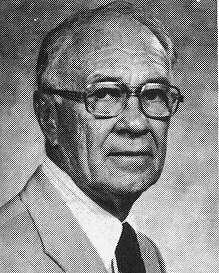 Biography: Cecil Fletcher helped write Johnston City’s basketball success of the late 1920’s and early 1930’s.  Fletcher was a sophomore member of the 1929 State Championship squad and a starter on the 4th place 1931 team.  Fletcher followed his high school coach and fellow Hall of Fame inductee, LaRue Van Meter to Illinois College.  While at IC in Jacksonville, Cecil was a 4-year starter for the basketball squad.  Cecil Fletcher passed away on October 22, 2001 at the age of 89.