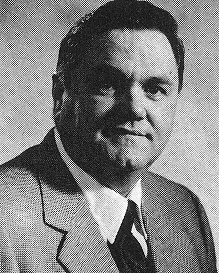 Biography:  John Kent was the first basketball player in Marion High School athletic history to have his jersey retired.  Kent was also the first player to earn four basketball letters for Marion.  An all state player in 1951, he was also named to the all-tournament team at the state finals.  John played in the 1951 North-South Classic at Murray, Ky. before enrolling that fall at Bradley University.  For the Braves, he scored more than 900 points and was a three-year starter.  John scored 17 points to place Bradley in the 1954 NCAA championship game against LaSalle which the Braves unfortunately lost.  Kent returned to Marion Junior High School as a teacher after his playing days were over.  John Kent passed away on May 9, 1988.