Biography: Led by All-State , NCAA champion (Indiana), NBA champion (Detroit Pistons) and Basketball Hall of Fame guard Isiah Thomas, the 1977-78 St. Joseph varsity basketball team achieved what no other athletic team in school history did to that point by reaching the finals of the state tournament. They went head-to-head with state-ranked (Burbank) St. Laurence High School  in the finals of the Quigley South Thanksgiving Tournament and lost 57-55. They wouldn’t lose again until the finals of the Class AA state tournament in Champaign and were sixth in the final Class AA Associated Press poll.

Thomas and Ray Clark, considered one of the best guard tandems in Illinois basketball history, were instrumental in the Chargers putting together 30 consecutive wins. They beat Westinghouse again in the state quarterfinals and East Rockford in the semifinals before losing to unbeaten and top-ranked Lockport 64-47 in the title game. Thomas led the tournament in scoring with 93 points in 4 games and was an all-tournament selection with Clark.  Second place in the IHSA Class AA tournament and a 31-2 record was truly a Cinderella season under IBCA Hall of Fame head coach Gene Pingatore.

Team members in the picture: 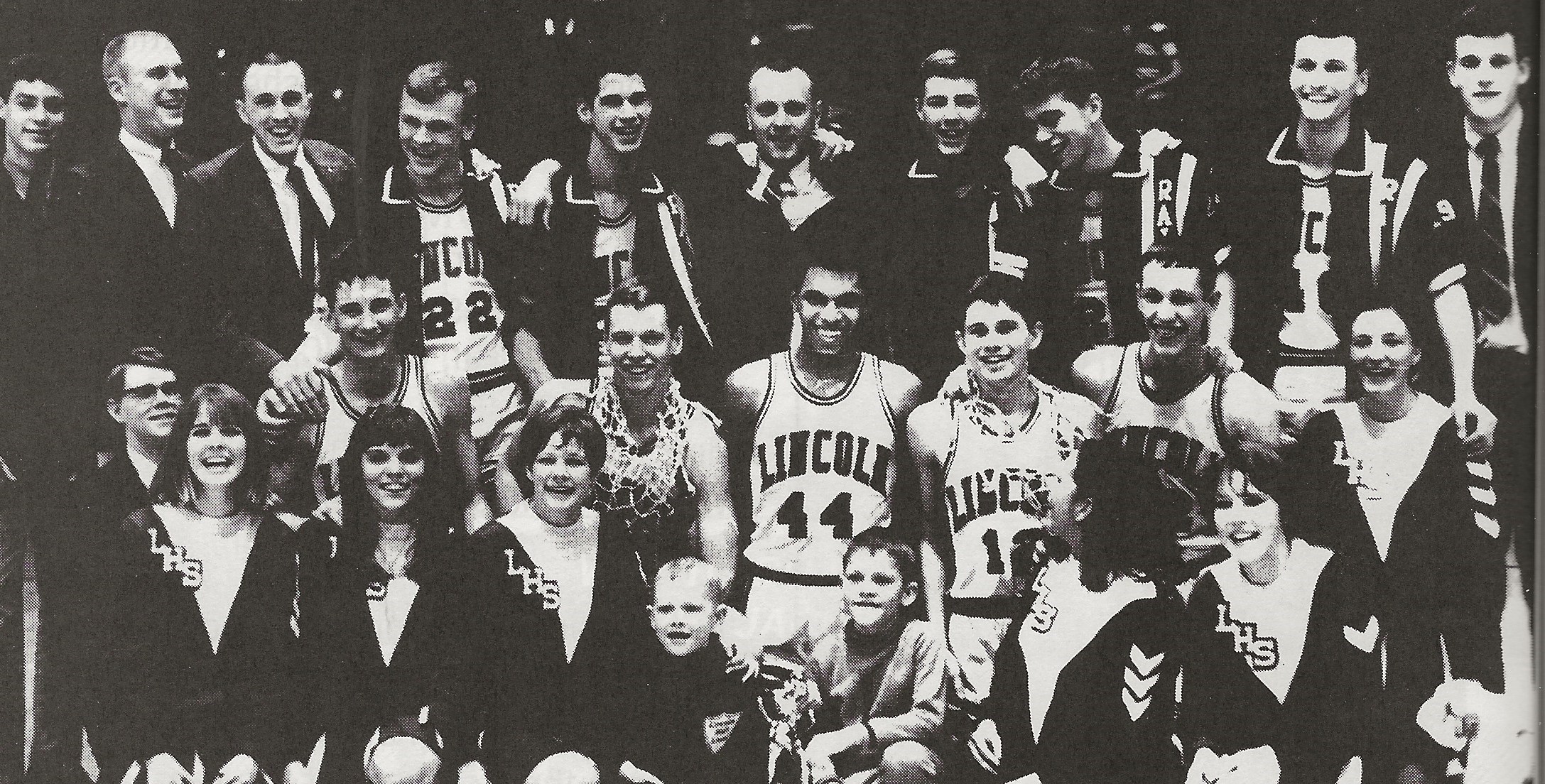 Biography: The 1970 Lincoln High School Railsplitters finished 30-1 and won IHSA Regional and Sectional titles under legendary IBCA Hall of Fame coach Duncan Reid. Three-year varsity starter Seymour Reed, who later went on to star at Bradley University, Billy Hoagland and Mark Humbert were the nucleus who propelled the Railsplitters to a 26-0 regular season with Lincoln Thanksgiving Tournament, Pekin Holiday Tournament and Big 12 Conference titles. They were ranked second in the final Associated Press poll to unbeaten and eventual champion Lyons Township of LaGrange. Their 30-game unbeaten streak came to an end 41-37 to (Peoria Spalding) High School before a capacity crowd in the Bradley University Supersectional at Robertson Memorial Fieldhouse in Peoria. 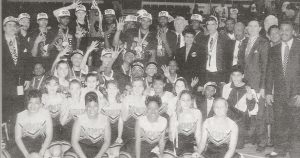 Biography: All-staters Sergio McClain and Marcus Griffin helped lead Peoria Manual to a record fourth straight state title as the top-ranked Rams rallied from a 5-point deficit after three quarters to beat Aurora West 47-43 for the Class AA title. McClain scored a game-high 22 points and Williams added 10 in the final as both were voted all-tournament. McClain was second in tournament scoring (65 points in 4 games) and Williams was fourth (57 in 4 games). McClain and Griffin also finished 1-2 in the Mr. Basketball voting and Williams won the award the next year.

The semifinal and rematch of the previous two AA title games was one for the ages between the Rams and (Harvey) Thornton High School, who finished 1-2 in the final USA Today national rankings. Manual rallied from an early 14-point deficit and then saw a late 15-point lead disappear but survived 65-62 when a Thornton 35-footer at the buzzer fell short. Manual finished 31-1 and Wayne McClain was named national Coach of the Year after his third straight title.

Team members in the picture (not in order):