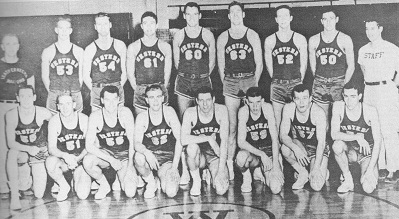 Biography:  The 1955-56 Western Illinois University Men’s Team posted a 28-3 record which stood for many years as the most wins for any Illinois University in history. This version of the Leathernecks was a high scoring group that averaged 95 ppg. Nine times they scored over 100 points. (Note: this was nearly 3 decades before the 3 Point basket became a rule in collegiate basketball). They reached the quarterfinals of the NAIA tournament.