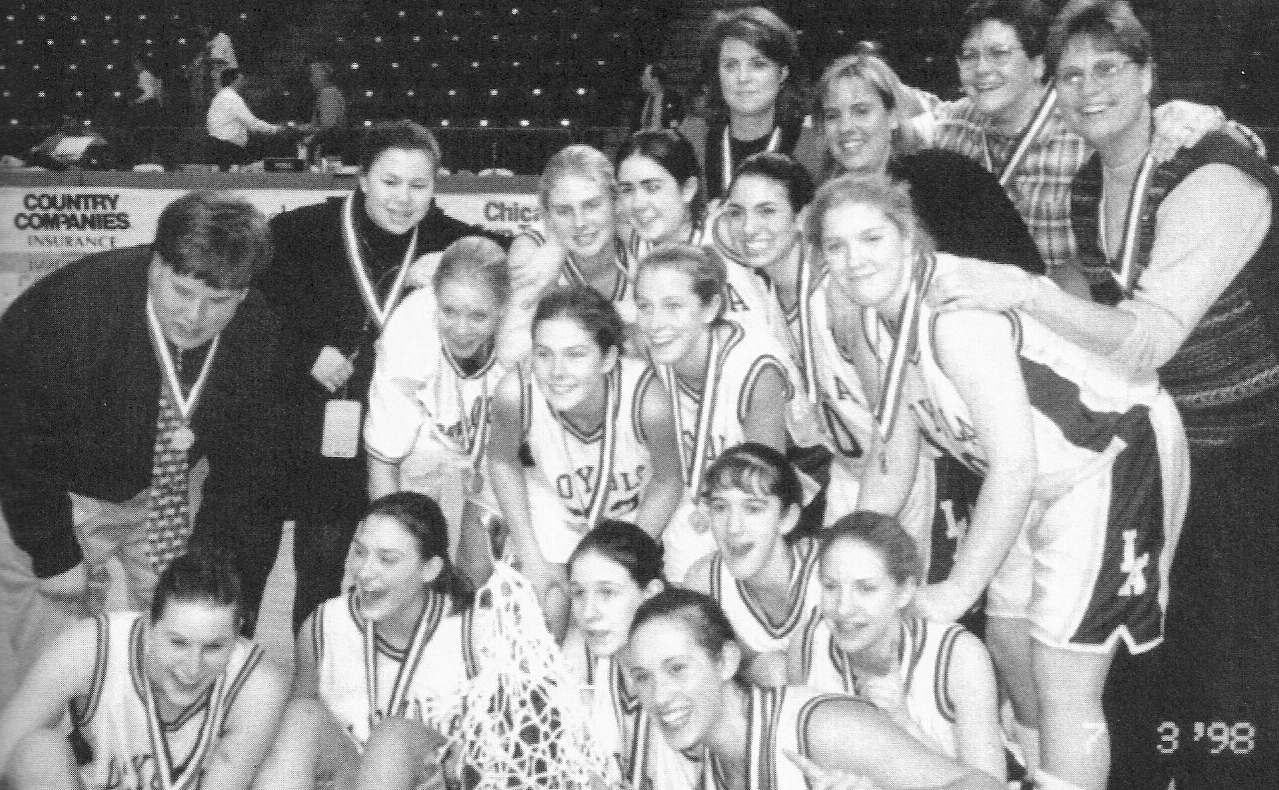 Biography: The target was on the backs of the Ramblers from the beginning of the season.  These Ramblers did not let the pressure affect them.  They were one of the most dominanat teams of all times, setting an IHSA record with 36 wins.  Navigating their way through one of the toughest sectionals in the state, this team made it to its second consecutive IHSA State Tournament.  Meeting (Chicago) Marshall High School in the semi-finals, they persevered 62-60.  Led by All State players Jeanette Paukert, Olga Gvozdenovic, and Laura Sobieszczyk, this team dominated  as they won their 2nd consecutive title over (East St. Louis) Lincoln High School.  Coach Tanya Johnson did a great job keeping her squad focused on a 2nd title.