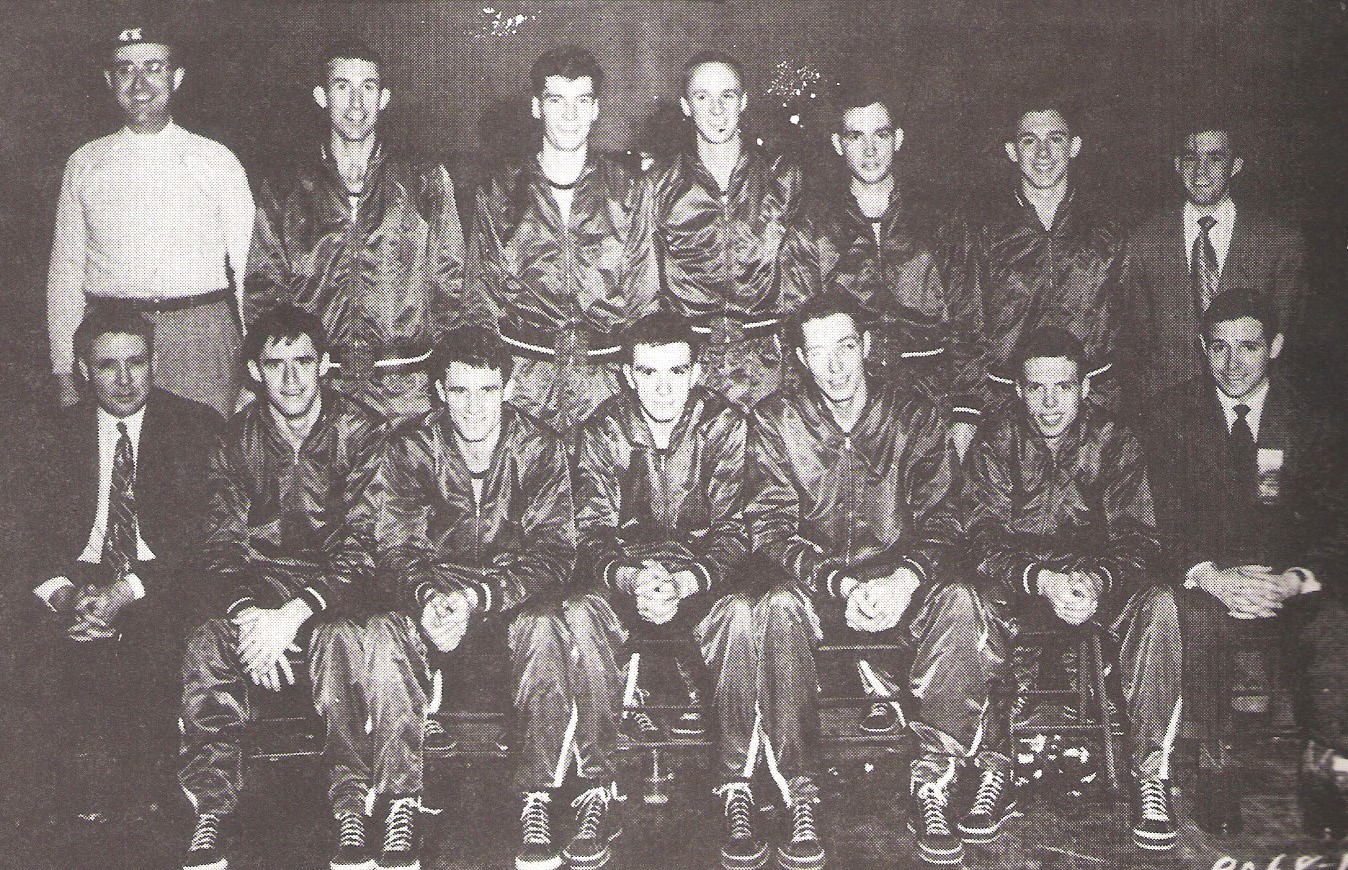 Biography: Millikin University’s 1950-51 men’s team, coached by Ralph Allan and led by IBCA Hall of Fame player (1973 inductee) Scott Steagall, won a conference championship enroute to a 24-7 record and a 2nd place finish in the NAIA National Tournament.  (NOTE:  There were only 2 divisions at that time–NCAA and NAIA).  the 24 wins set a Millikin record.  The squad led the nation’s small colleges with a 71.3% free throw mark.  The team scored 90+ points in 9 of their games.  They defeated several of Illinois’ state universities:  Northern Illinois, Illinois State, Soutern Illinois, and Eastern Illinois were all victims of the Millikin squad.