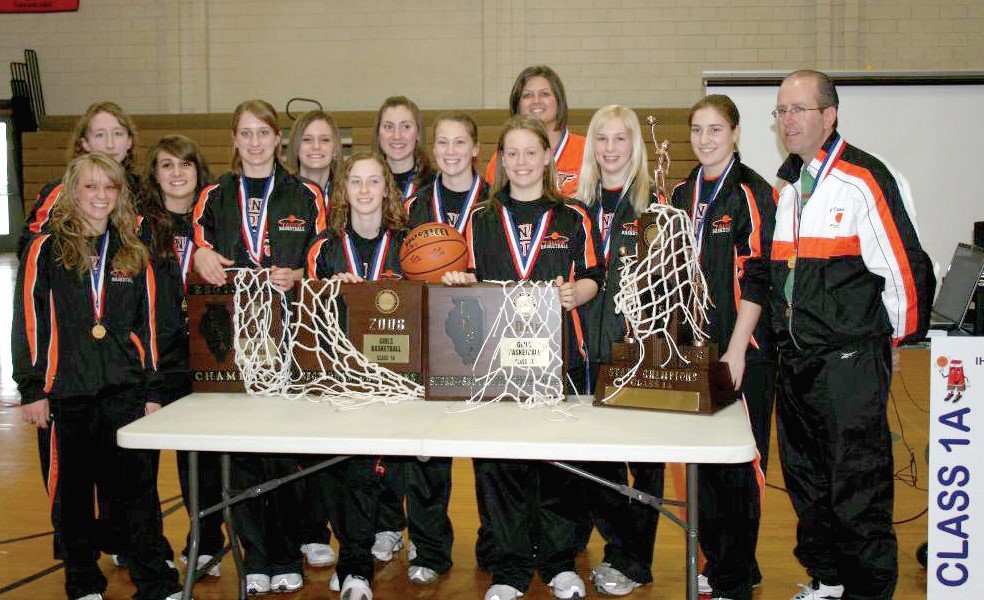 Biography:  The 2007-2008 season for the Lady Falcons began with a new Head Coach, Ron Spencer, and was the first year of the Flanagen-Cornell and Woodland High School Girls' Co-op.  That season the girls finished as the undefeated Heart of Illinois Conference Champions.  In the post season, the Lady Falcons defeated Roanoke-Benson High School to capture the IHSA Regional Championship.  They scored a 61-47 victory over Ridgeview High School in the IHSA Secional Championship game.  They earned a berth to the Final Four with a 53-32 win over Tuscola High School in the Millikin University IHSA Super-sectional game.  At state, Flanagan erased a 23-14 halftime deficit at Redbird Arena as they won a a 45-42 decision over (Jacksnville) Routt High School.  It took an overtime in the championship game, but Flanagan prevailed with a 62-60 win over Newark High School.  They finished the season with a 27-9 record and won the IHSA Class 1A State Championship.