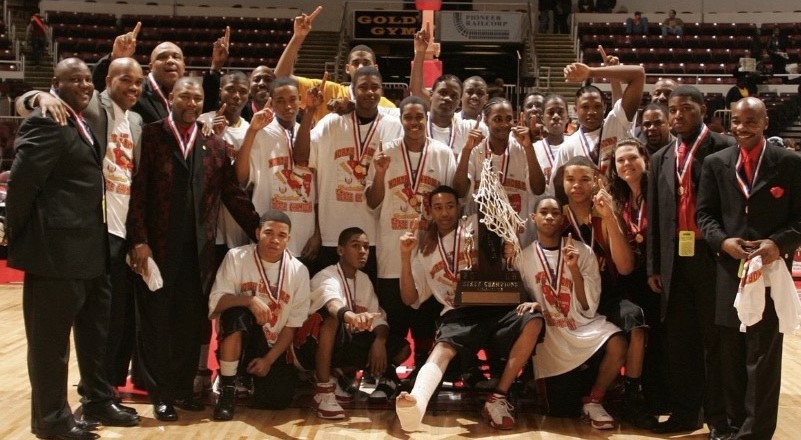 Biography:  The North Lawndale Phoenix completed the 2007-08 season with a 30-4 record and the Class 2A IHSA State Championship. In the previous season, (Chicago) North Lawndale Prep HS was the Class A runner-up to Maroa-Forsyth in the final year of the 2-class system. In 2007-08, they became the first Class 2A Champions in the IHSA four class system. They began their postseason run, capturing the Holy Trinity Regional, the Luther North Sectional and then scored a 45-42 win over Chicago Christian at the Lewis University Super-Sectional in Romeoville. They defeated Pinckneyville 47-44 in the state semifinals, then scored a 56-42 victory over (Peoria) Manual High School in the championship game. Their record for the 2-year run was 56-14. Coach Lewis Thorpe became an IBCA Hall of Famer in 2019. Sadly, CoachThorpe died suddenly in 2018 and was unable to enjoy either his induction or the induction of his team.