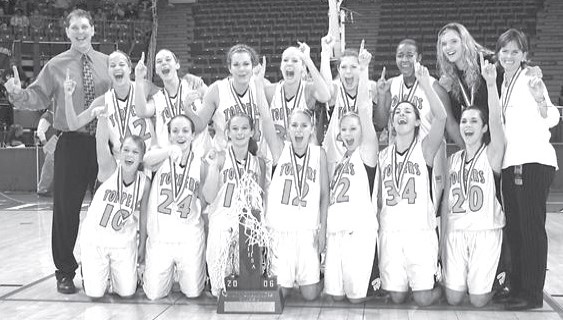 Biography: The 2005-06 Hillsboro Lady Toppers basketball team finished with a 31-4 record. Prior to the season, the Lady Toppers beefed up their schedule by adding the Highland Invitational where they finished third and the Taylorville Thanksgiving Tournament where they finished second.  Hillsboro went undefeated on their way to a South Central Conference championship. On their way to the state championship, they won the Macon Meridian Regional, Central A&M Sectional and Decatur Supersectional.  In the state tournament, Hillsboro defeated Byron and Carthage, and avenged one of their earlier losses by defeating Okawville in the Class A championship game. It was a truly “once in a lifetime” team and the entire town of Hillsboro will never forget this magic carpet ride!!