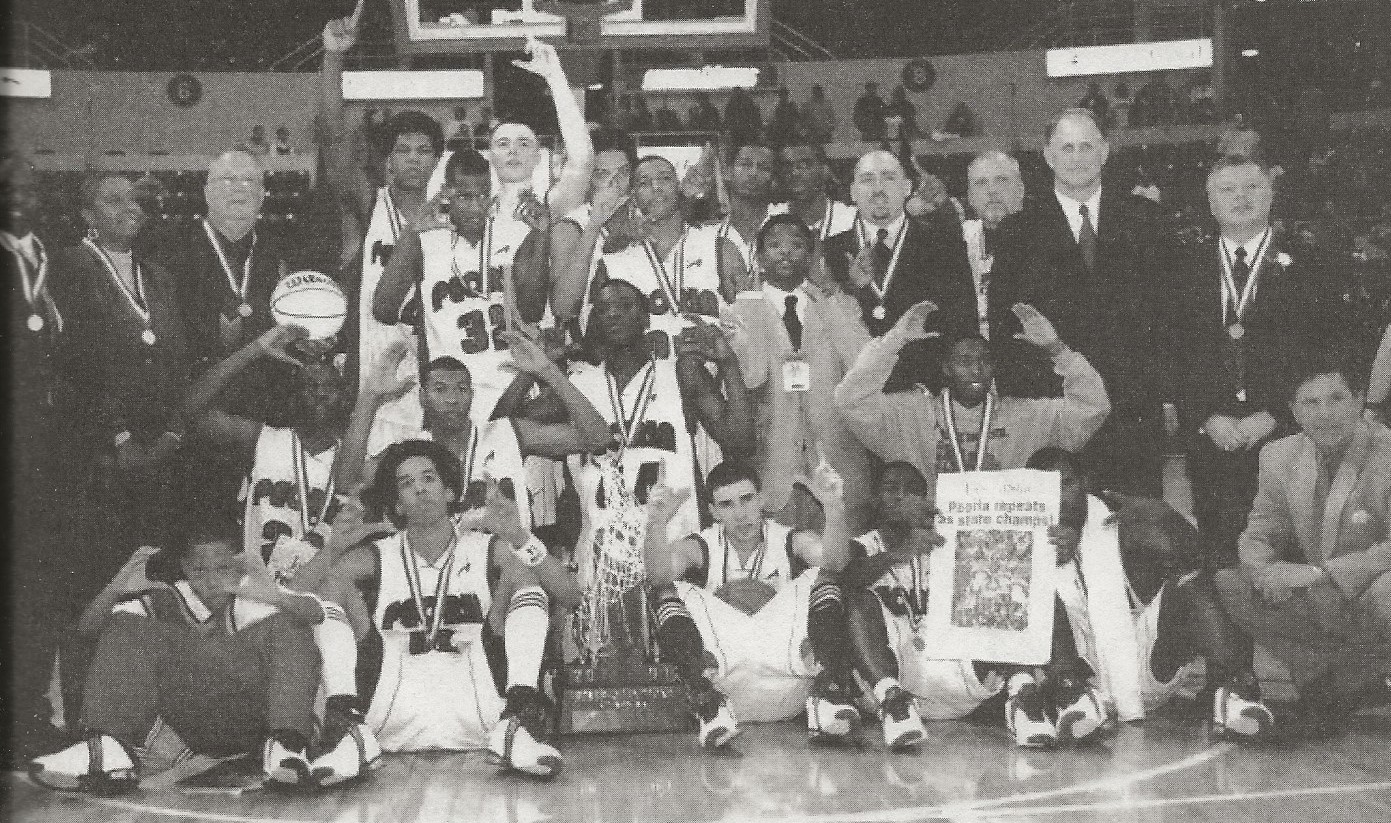 Biography: Peoria Central High School (with an enrollment of 883, the smallest one-class or AA champ since Chicago Carver HS in 1963) repeated as IHSA Boys’ State Basketball Champions.  2004 marked the school’s 4th State Boys’ Basketball Championship, with the other years being 1908, 1977, and 2003.  The Lions finished with a 31-2 record.  The beat Mt. Zion HS 69-54 in the IHSA Super-sectional game to advance to the state finals.  In the quarterfinals Central beat (Chicago) Farragut HS 42-40.  In the semifinals, they beat Carbondale 58-47 and went on to defeat Homewood-Flossmoor HS for the title with a final score of 53-47, led by Shaun Livingston’s 27 points.  Shaun and fellow all-state player Brandon Lee led the Lions.  Livingston was taken 4th in the NBA draft becoming the first high school point guard ever takin in the 1st round of the draft.  The Lions were coached by Hall of Famer Chuck Buescher.