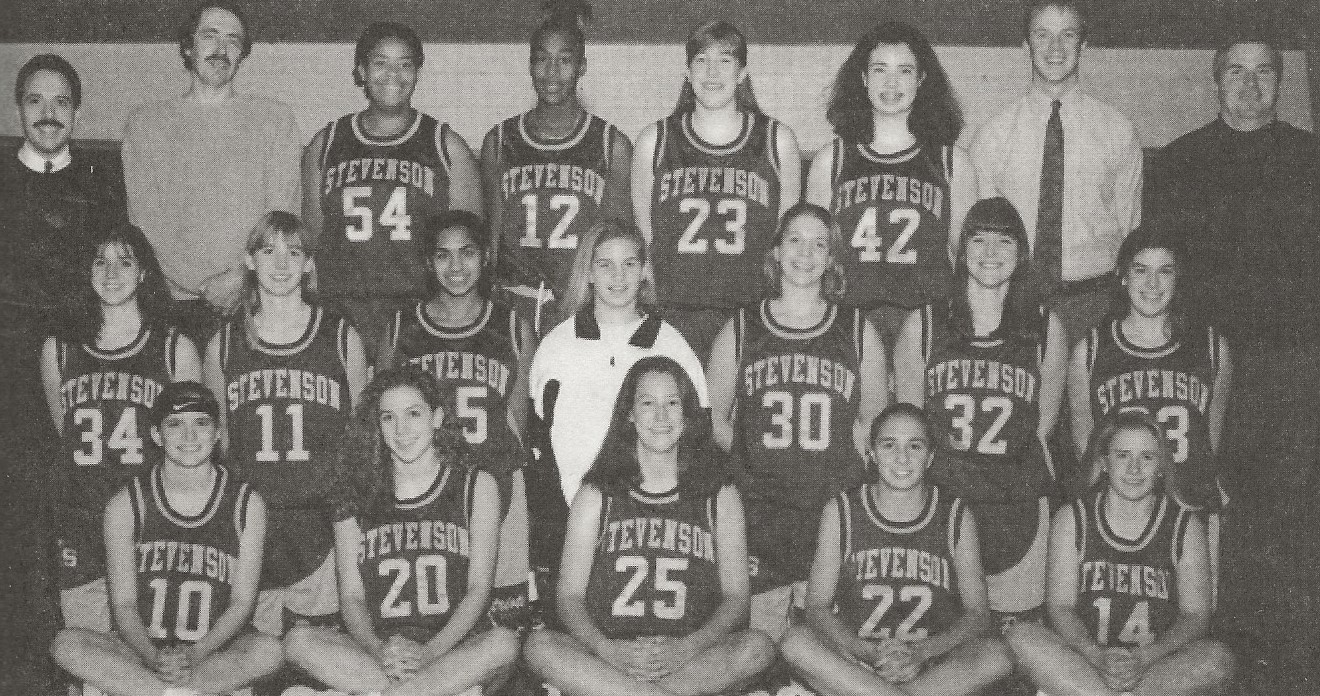 Biography: The 1996 National High School Caoch of the Year, Frank Mattucci said of his club. . .”no team in the country could better exemplify the spirit of the motto: pride, hustle,  and dedication, than the 1996 IHSA State Champs.”  When the reigning Illinois player of the year, Tamika Catchings left with her mother for Texas prior to the school year, many believed this club could not repeat due to the exemplary competition it would face during the season.  Navigating its way through one of the toughest schedules in the country, the Patriots finished at 34-1, ranked #3 in the final national poll; and were led by 2 seniors–Illinois HS Player of the Year Tauja Catchings and 1st Team All State player Katie Coleman.  Amazingly, no other starter averaged over 8 ppg and yet the squad was able to defeat 11 nationally ranked opponents on its way to the 2nd consecutive title.  This was due to their impeccable preparation, great teamwork, and dedication to detail as they took the floor for each contest.