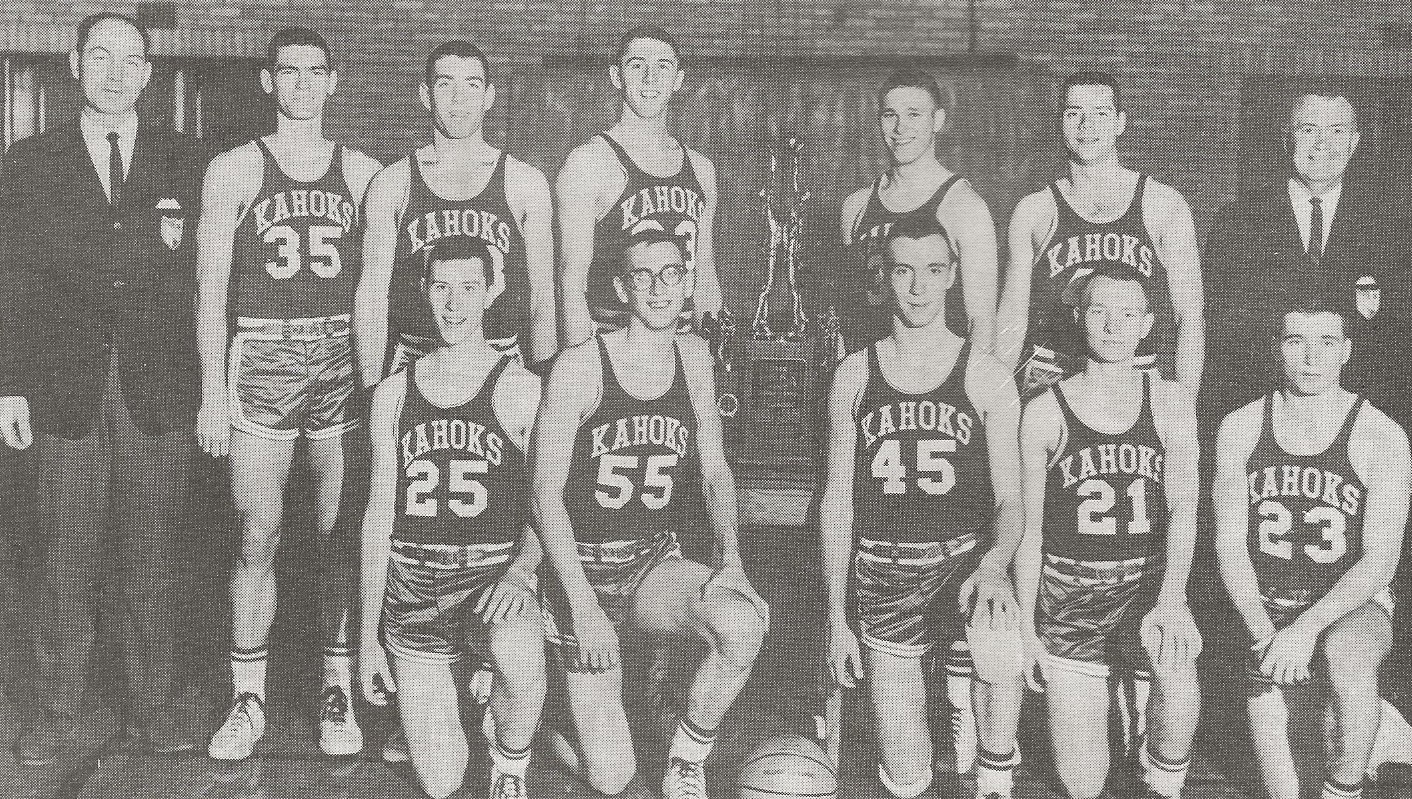 Biography: The Collinsville Kahoks 1964-65 state champions, led by all-state players Dennis Pace and captain Jack Darlington, compiled a 30-2 record using a perfect blend of championship basketball.  Pace and Darlington were helped by the outside shooting of Harry Parker, the inside play of Don Birger, and the leadership and ballhandling skills of Steve Gauen.  A team that averaged only 6’0″ in height, the Kahoks shot 50% from the field and 75% from the free throw line while averaging only 5 turnovers/game.  On defense, the Kahoks intercepted 430 passes and played the famoous Collinsville ball press to perfection.  The Kahoks were coached by Vergil Fletcher, who is a member of the IBCA Hall of Fame (1973 inductee) and the National High School Sports Hall of Fame.  Fletcher was assisted by Frank Pitol.