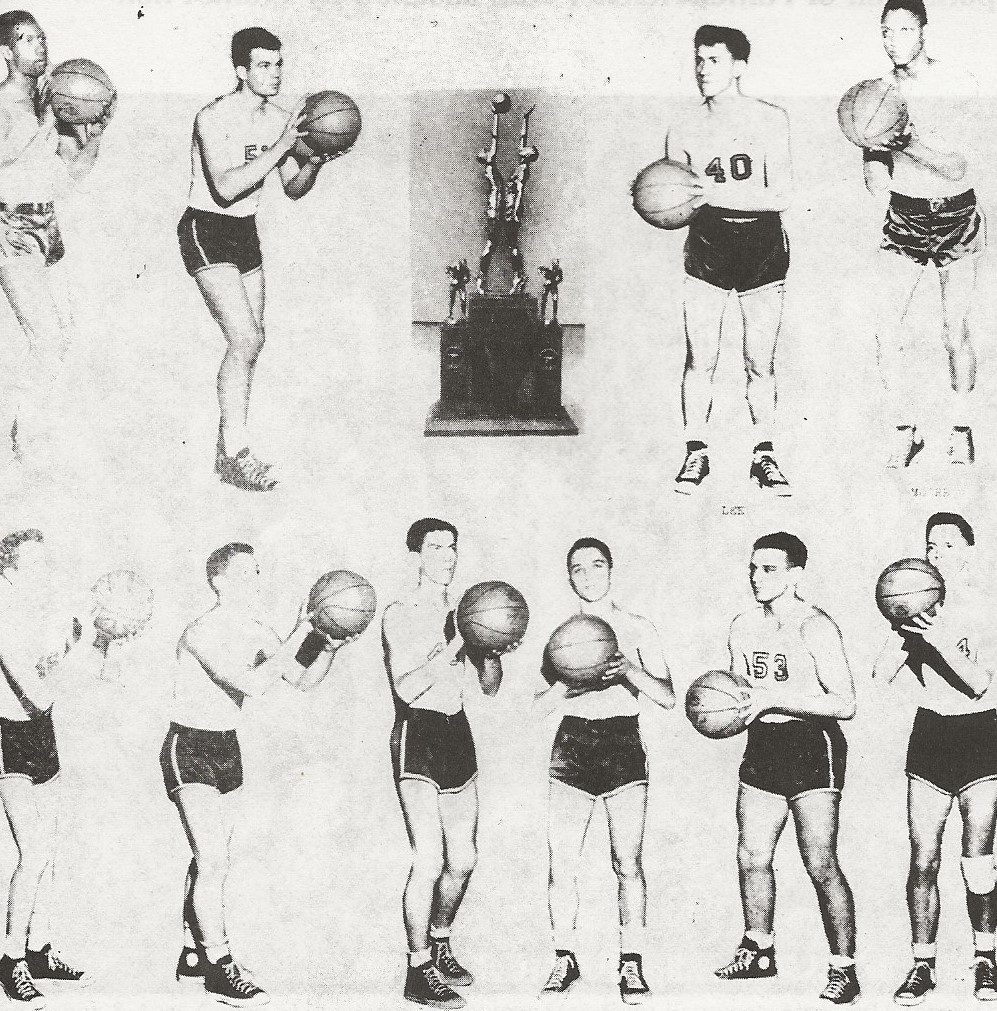 Biography: The 1948-49 Mt. Vernon High School Rams became a 2-time state basketball champion by defeating Hillsboro HS in the 1949 IHSA State Finals in Huff Gymnasium on the campus of the University of Illinois.  The Rams won their first state title in 1920.  After this 1949 success, the Rams went on to win a second consecutive title in 1950.  Enroute to the title, the Rams beat Johnston City, Decatur, West Aurora, and Hillsboro in Sweet Sixteen games.  Under the direction of their veteran coach, Stanley A. Changnon, the 1949 Rams were led throughout the season and the tournament playoffs by their 6’4″ all-state center, Max Hooper.  He had great support from Eddie King, John Riley, Walt Moore, and Bob Lee.  The team’s final season record was 30-3.