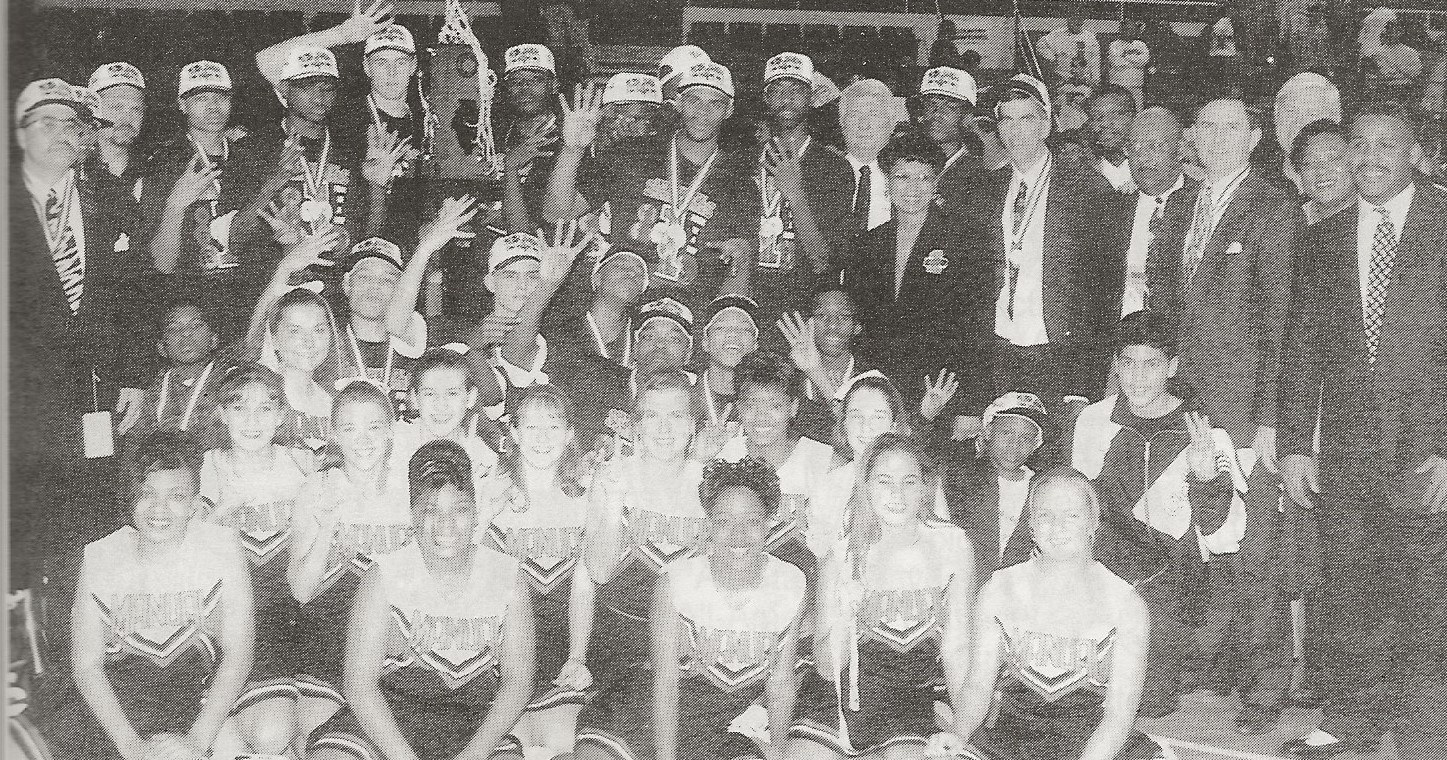 All-staters Sergio McClain and Marcus Griffin helped lead Peoria Manual to a record fourth straight state title as the top-ranked Rams rallied from a 5-point deficit after three quarters to beat Aurora West 47-43 for the Class AA title. McClain scored a game-high 22 points and Williams added 10 in the final as both were voted all-tournament. McClain was second in tournament scoring (65 points in 4 games) and Williams was fourth (57 in 4 games). McClain and Griffin also finished 1-2 in the Mr. Basketball voting and Williams won the award the next year.

The semifinal and rematch of the previous two AA title games was one for the ages between the Rams and (Harvey) Thornton High School, who finished 1-2 in the final USA Today national rankings. Manual rallied from an early 14-point deficit and then saw a late 15-point lead disappear but survived 65-62 when a Thornton 35-footer at the buzzer fell short. Manual finished 31-1 and Wayne McClain was named national Coach of the Year after his third straight title.

Team Members in the Picture (not in order):