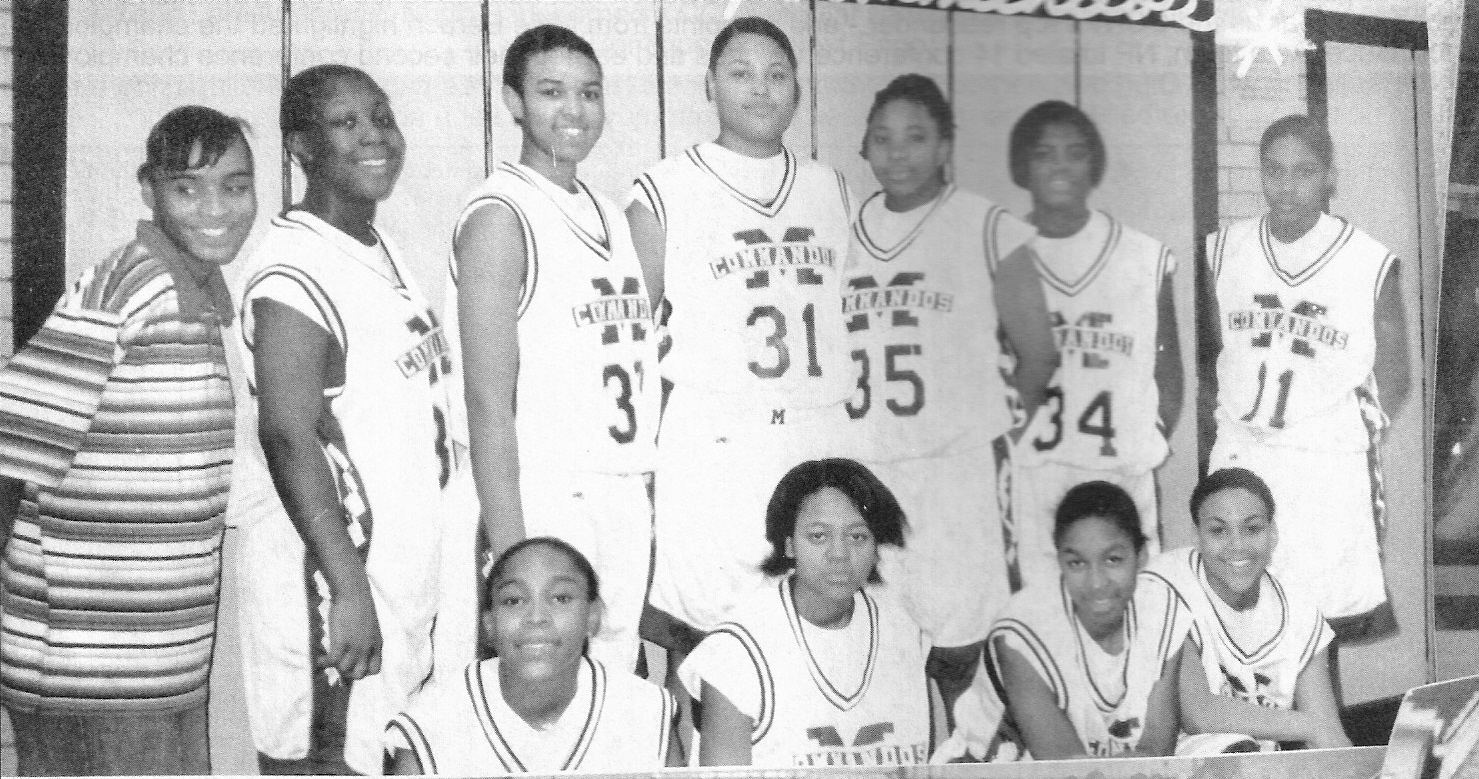 According to Coach Dorothy Gaters:  "This was a very special team.  We practiced at 6:30 am per the team's request.  That in itself is special.  We had a player who would shoot 400 shots after getting out of the 6:00pm practice, which was our second practice of the day.  That young lady was Kimya Murray, one of the best shooters I have ever had.  She returned as my associate varsity girls' coach and trainer.  Without singling out everyone, this team had it all in terms of talent, but also had a will to win attitude.  I don't believe we played a single game that year that they did not expect to win.  Every player on the team went to college; several to Division I schools and many of them graduated and are doing so many wonderful things.  Cappie Pondexter and Kimya Murray played professionally.  Cappie is a Gold Medal winner for the Olympics, a WNBA MVP and a WNBA Champion.  It was my pleasure to coach these talented and dedicated young ladies."  The Lady Commandos were IHSA Class AA State Champions with a 29-2 record.