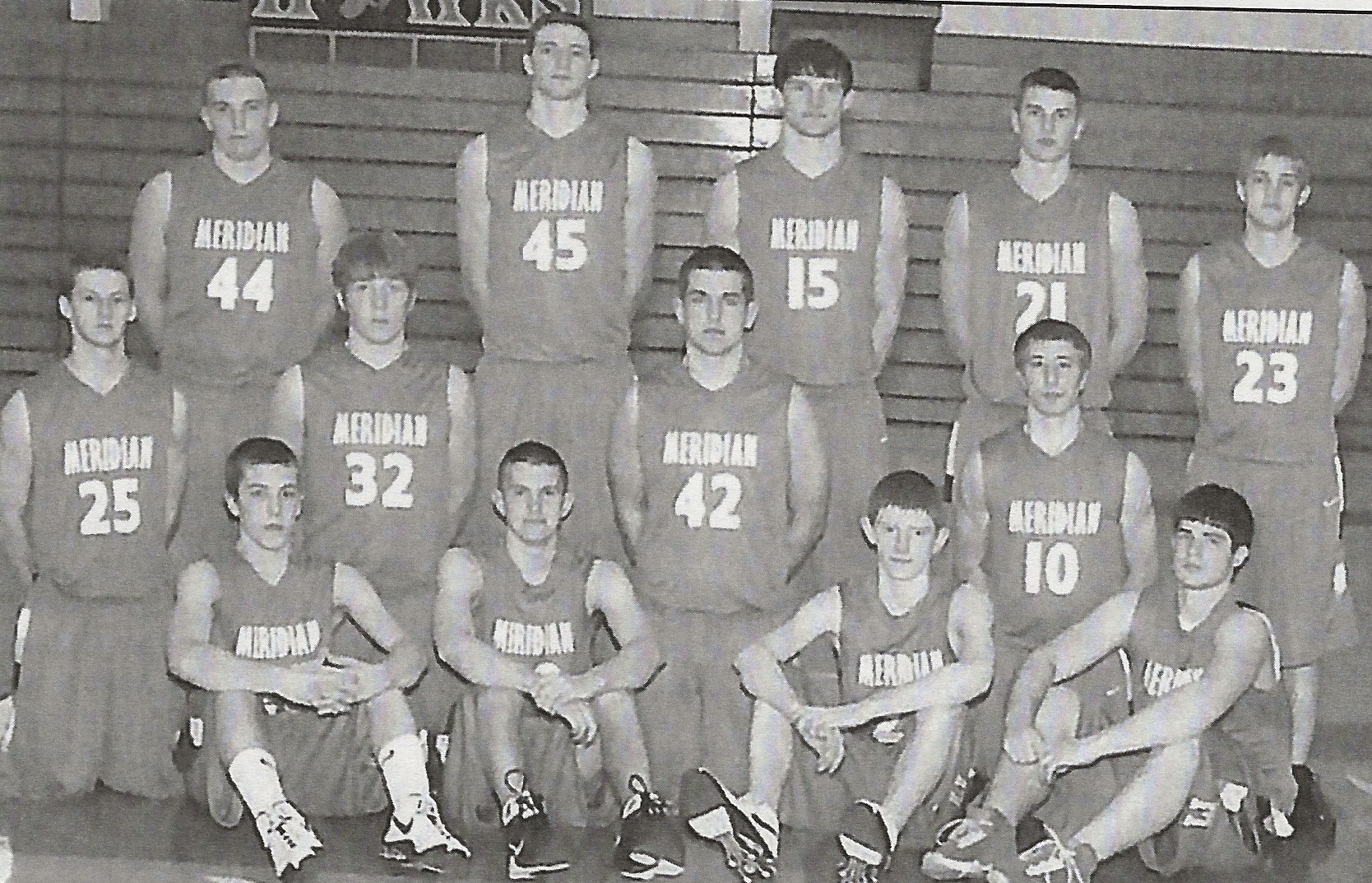 For the season, the Hawks averaged 68 ppg while holding opponenets to just under 47 ppg.  The Hawks had three players average in double figures:  Trent Swigert at 13.2 ppg, Dakota Getz at 18.7 ppg, and Jacob Shasteen at 19 ppg.  Dakota Getz led the squad with 395 rebounds while Trent Swigert and Cory Burns handed out 204 and 110 assists respectively.

The Hawks began postseason play by hosting the IHSA Regional for their area.  In the finals, they defeated (Moweaqua) Central A & M 65-42 for the title.  Meridian went on to win the Tuscola Sectional with victories over Gibson City-Melvin-Sibley and (Catlin) Salt Fork.  The Hawks traveled to ISU for the super-sectional game where they defeated (Colfax) Ridgeview 76-62 to secure their ticket to the IHSA Class A State Tournament.

Meridian defeated Annawan in the semi-final game, 51-47 to earn a spot in the championship game where they faced Woodlawn HS who entered the contest with a 30-1 record.  The Hawks played their game of aggressiveness, unselfish play and a will to win to ensure victory with a 63-53 final score.  The IHSA State Champions finished 31-2 overall.