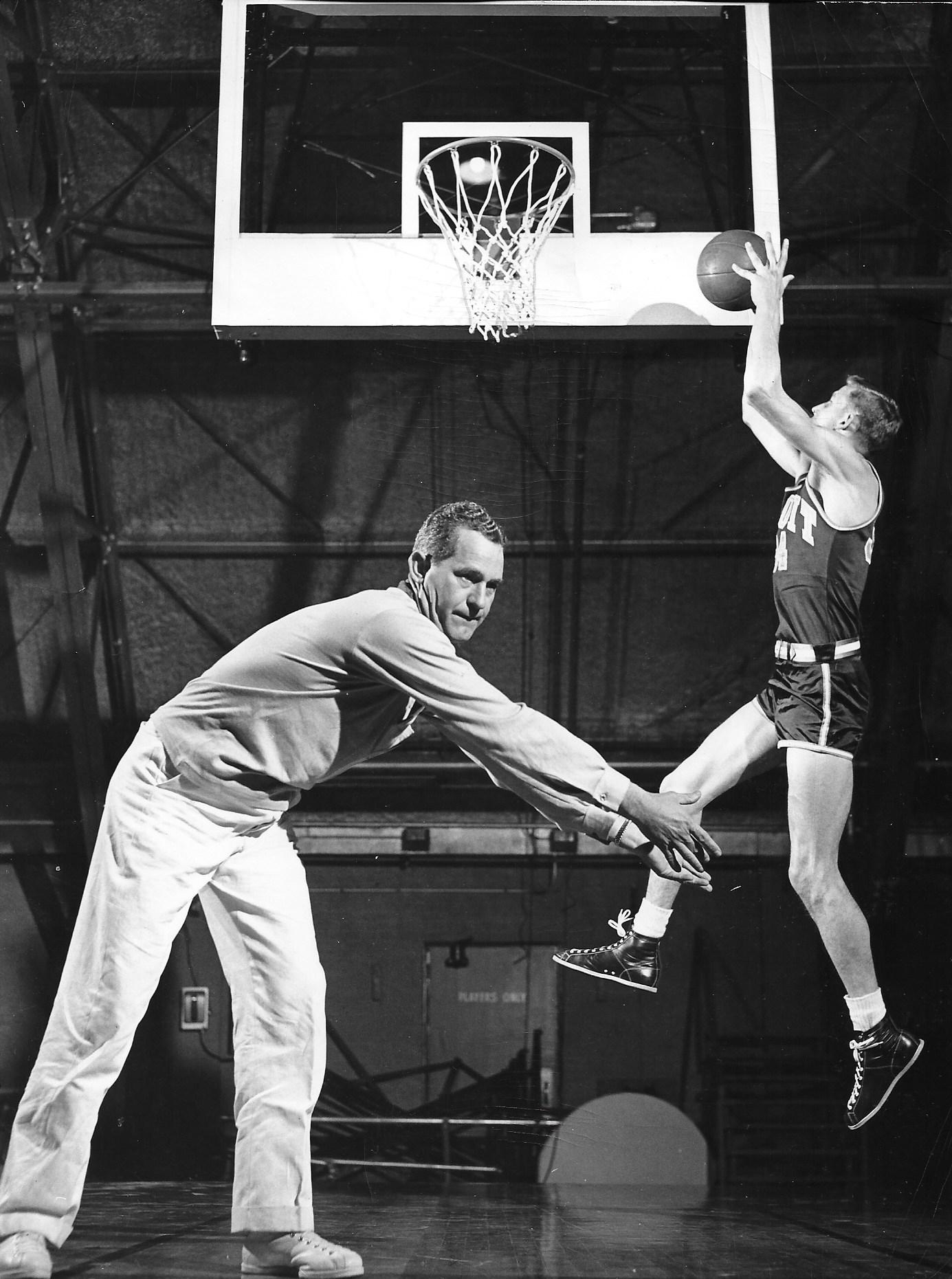 COACH AND STAR TEAM UP
Coach Dolph Stanley and star Ron Bontemps team up to test the new Beloit College (Wis.) glass backboards which are regulation for all colleges in the 1949-50 season.  Bontemps played for Taylorville High School in Taylorville, Illinois where Coach Stanley formerly coached.  Under his leadership, Taylorville became the first undefeated team in Illinois to win a state championship.  They were 45-0 in 1944.  Dolph became the head coach and athletic director at Beloit College in 1945. This picture was taken on November 10, 1949. 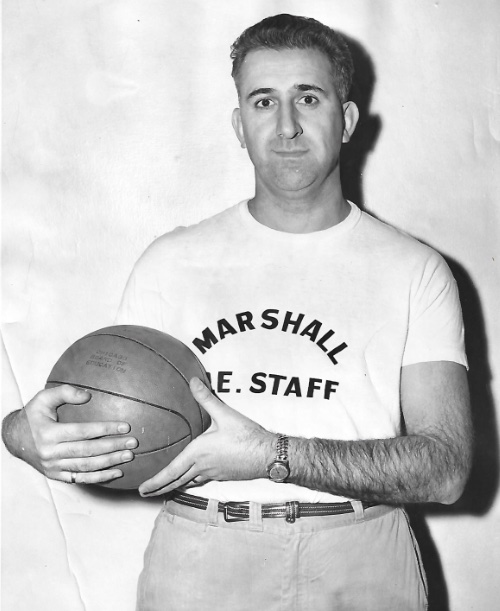 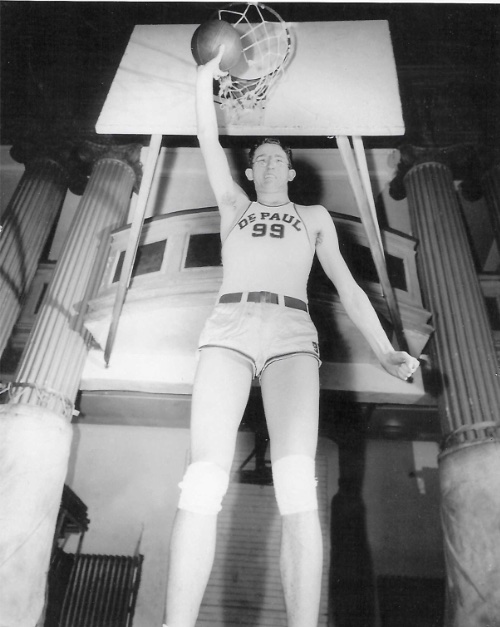 Photo of All American George Mikan who led DePaul University to the N.I.T. Championship in 1945.  Did you ever hear of the George Mikan Drill? (Shooting baby hooks left and right in a certain time limit.) 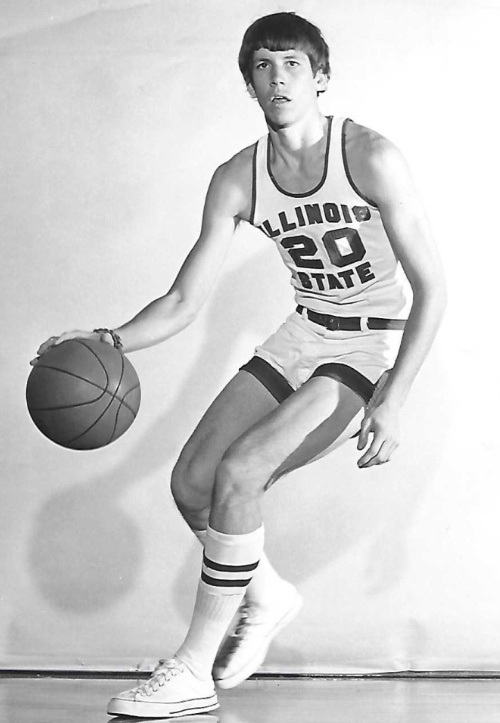 This picture of Doug Collins was taken in 1973. Doug is an Olympic hero and was the first player selected for the NBA draft in 1973. 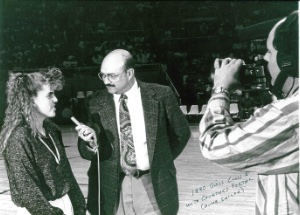 Art Kimball contributed so much to Illinois Basketball.  He was an icon in the field of broadcasting.  You probably remember Art broadcasting our state tournaments, college and high school basketball on the radio air waves and being the master of ceremonies for the IBCA Hall of Fame Banquets.  Art is an IBCA Hall of Famer. Jill Hutchinson is  well known nationally for her contributions to Women's Basketball.  She was a pioneer in bringing women's basketball to the forefront nationally, internationally and Illinois.  Jill coached at Illinois State University from 1971-1999, winning 428 games.  Her teams made six post-season appearances.  Jill also coached the 1983 USA Women's Team to the gold medal in the World Games. 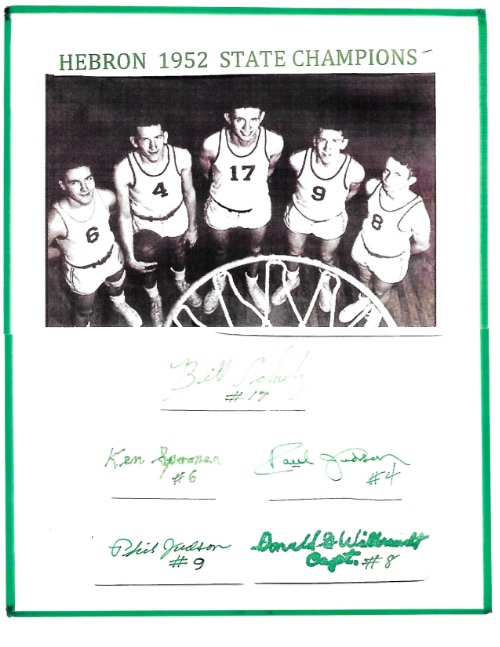 1952 Hebron State Champion Starters.  Hebron is the only district school to win the state championship. 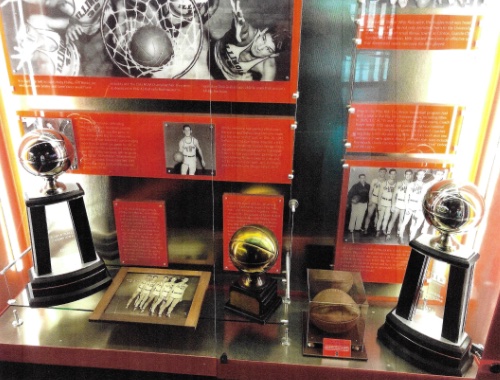 Dan Manoyan (auhor of the book "Men of Granite") presenting to Kent Brown (sports information director for the University of Illinois) an Andy Phillip award.  Andy led Granite City to the state championship in 1940, and went on to star as one of the "Whiz Kids" at the University of Illinois.  After his playing days concluded for the "Fighting Illini", Andy went on to play for eleven years in the NBA.
The second picture is a display gallery at the All State Arena featuring Andy and the "Whiz Kids".
These pictures came as a courtesy to us from Hall of Fame Official Babe Champion. 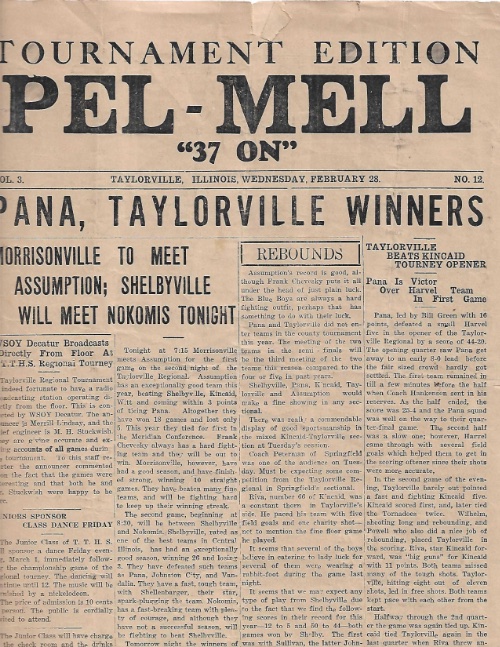 This is the front page from a four page Taylorville newspaper devoted to the state tournament in 1937. 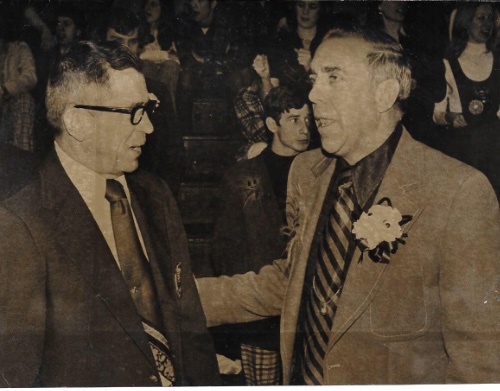 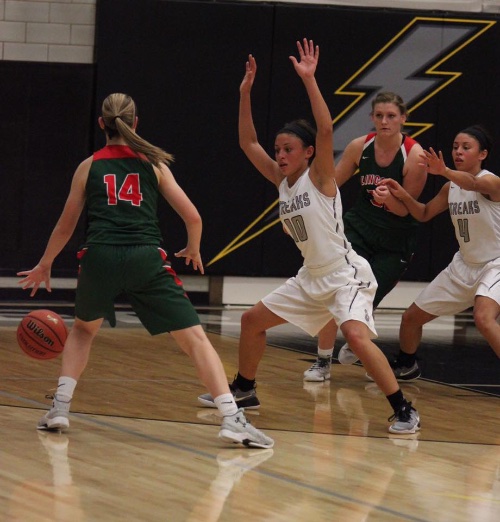