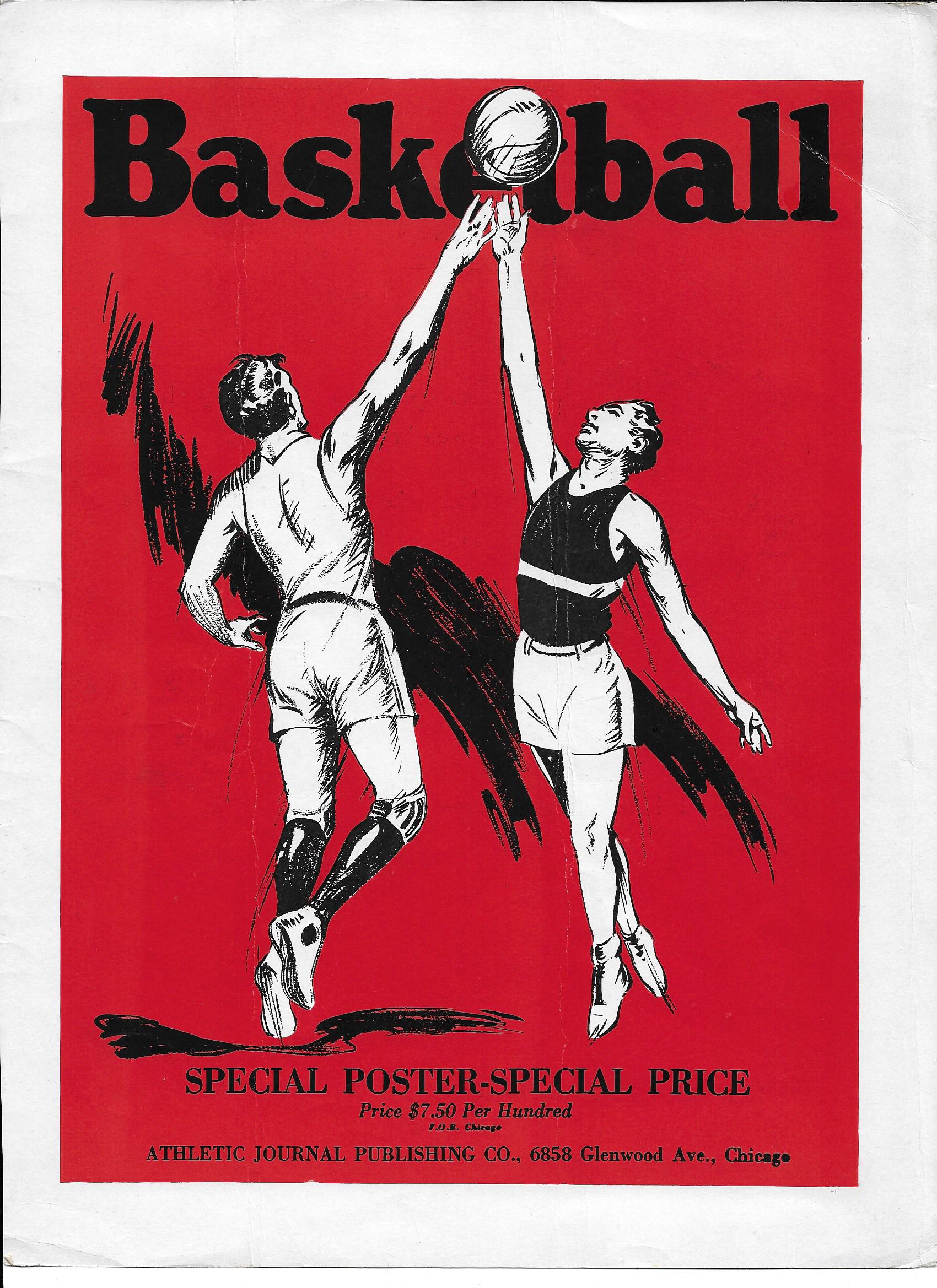 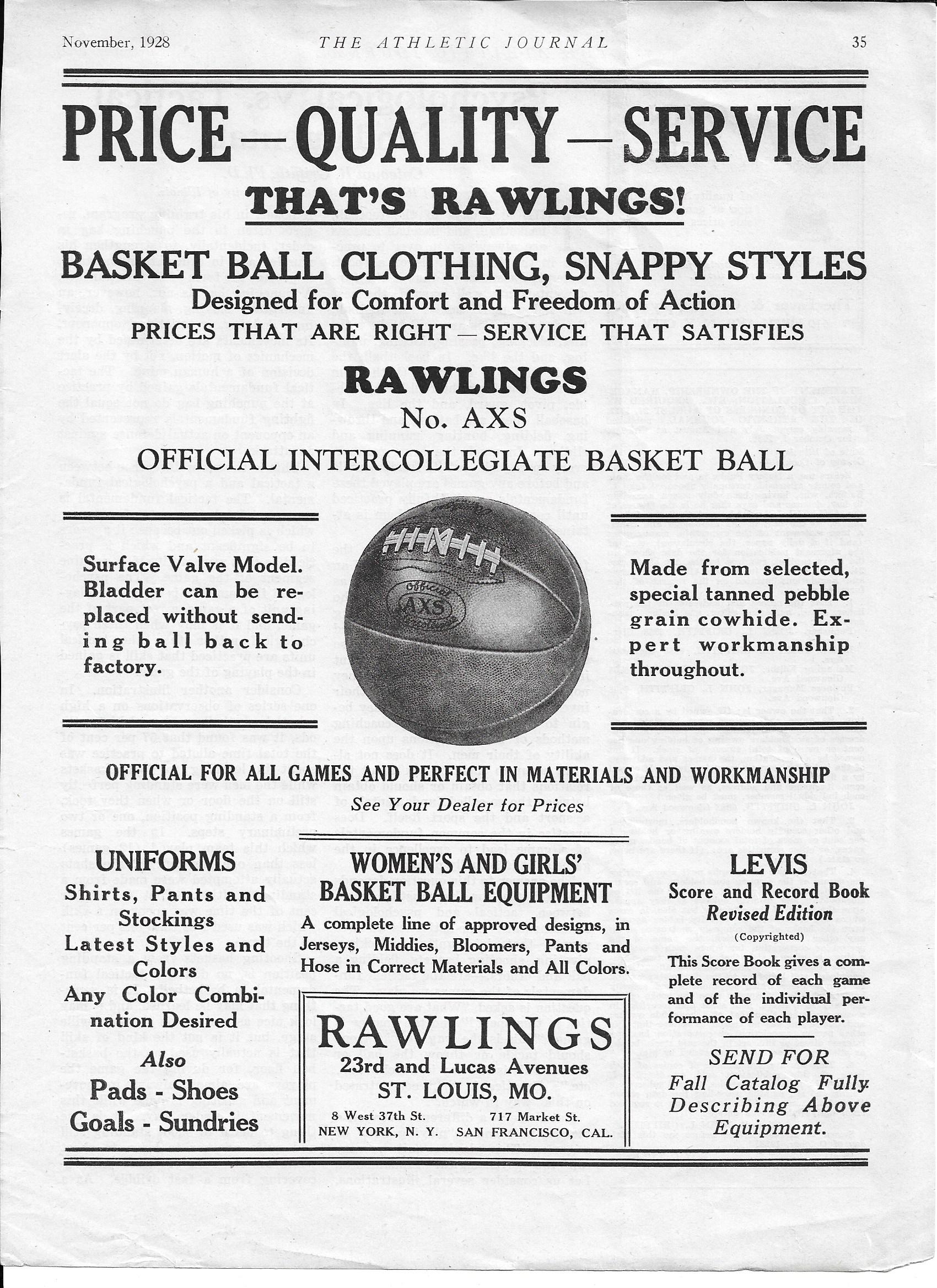 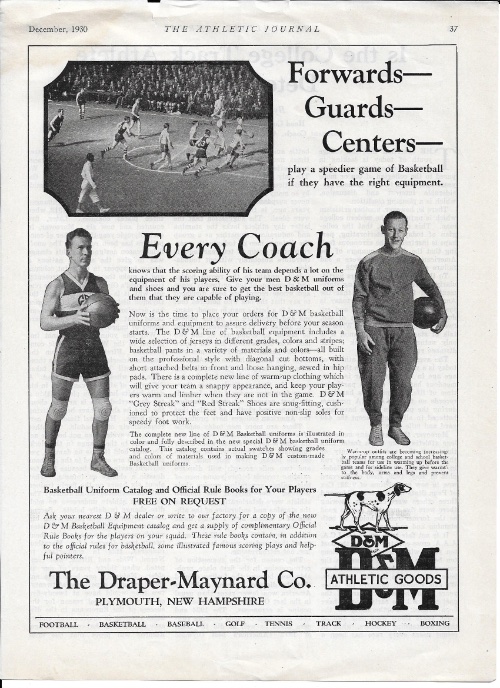 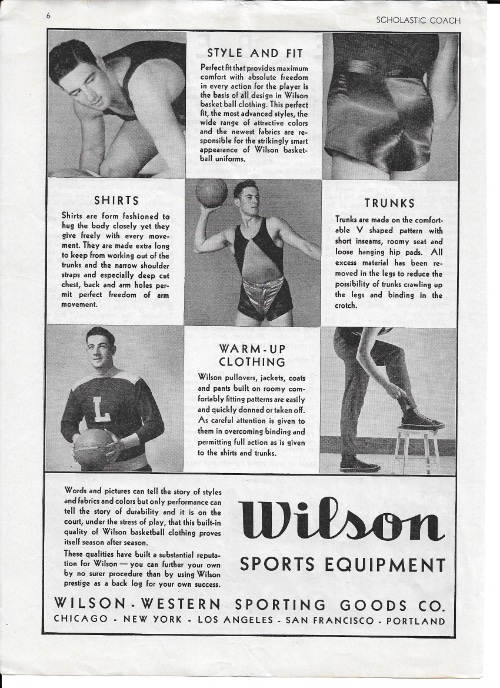 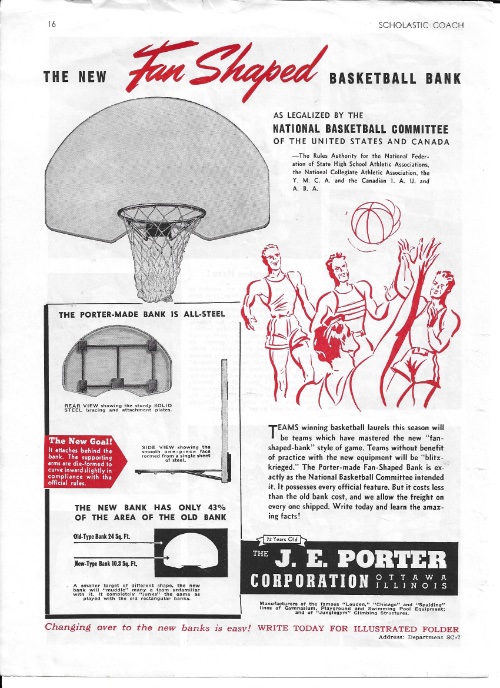 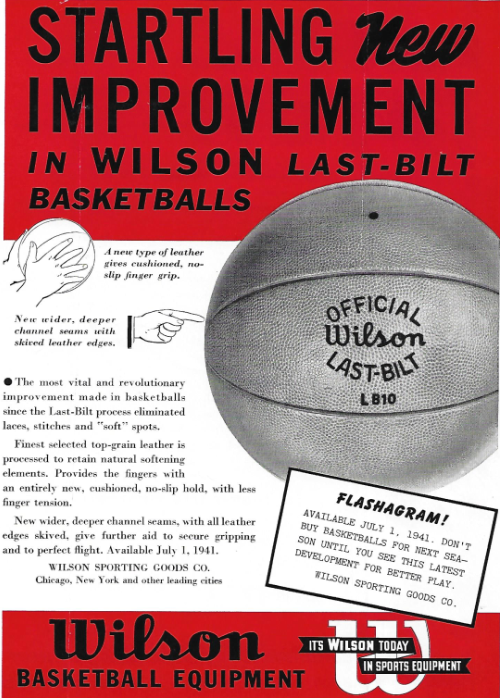 In the late 1930's, the lace basketball was being replaced by the the more uniform basketball as we play with today.  It should be noted that universities and colleges were reluctant to use the new basketball.  H.V. Porter, creator of "March Madness" and Executive Director of the Illinois High School Association in the 1930's and 1940's, did more than anyone else to promote the use of the new ball nation wide. This ad is from July, 1941. 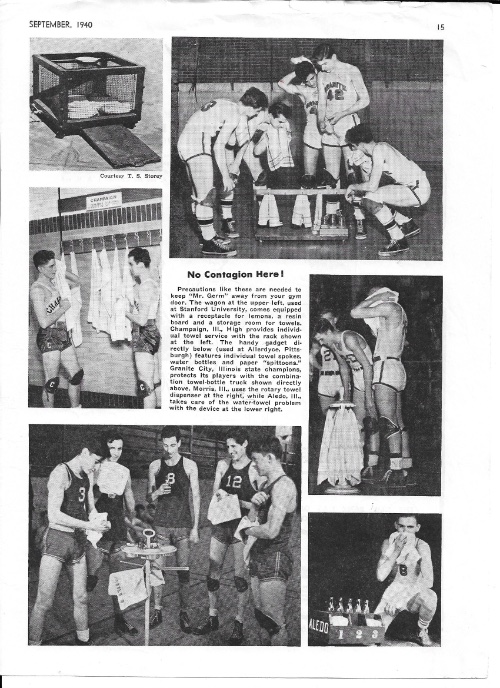 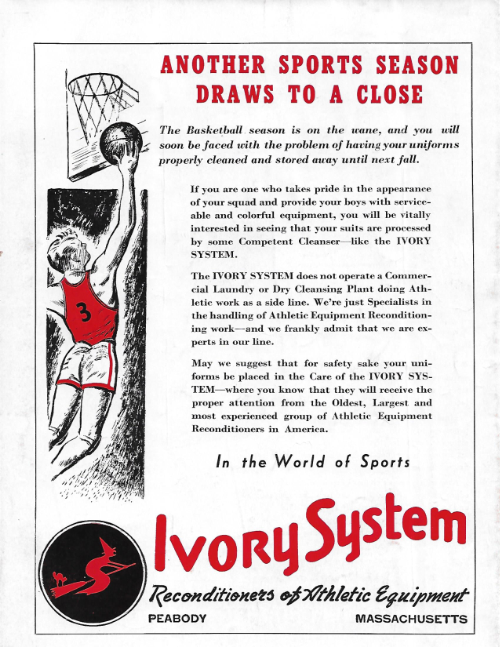 This basketball ad is from 1941 and suggests how uniforms should be cleaned before being put into storage. 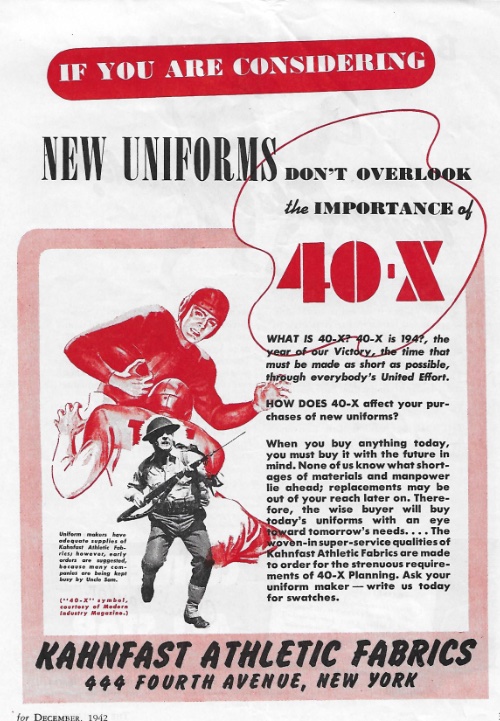 This ad is from December 1942.  We were then entering our 12th month in WWII and on the home front rationing was in full effect.  This ad shows how the war was impacting how schools ordered team uniforms (excuse the football player). 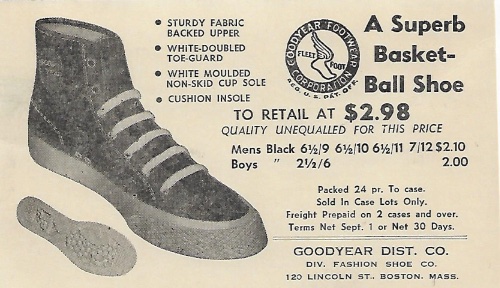 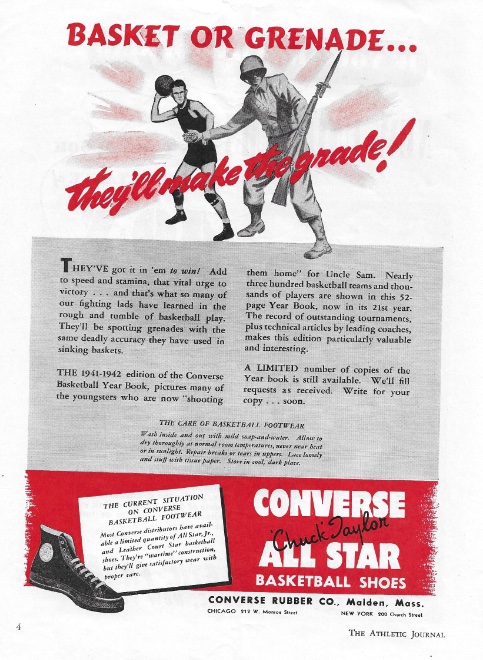 WWII Converse propaganda ad.  Read how Converse suggests how we should take care of our basketball shoes.