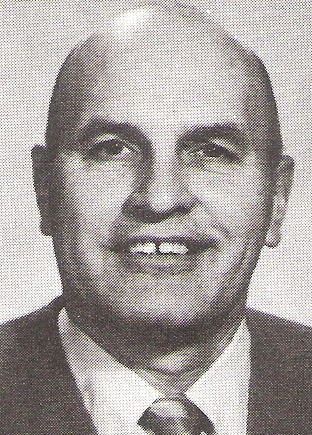 Biography: Bill Kaiser built one of the most respected elementary school basketball programs in the state during 28 years at Logan Junior High school in Princeton. His teams at Logan posted record of 346-120 for a winning percentage of 74 percent. His teams won 12 Starved Rock Conference championships and 8 conference tourneys. His club once compiled a 52-game winning streak. Logan had three undefeated teams under Kaiser and four times Logan lost but one game. He originated Logan Junior High’s Holiday Tournament for eighth graders and the Logan Invitational for seventh graders. For more than 30 years, Kaiser directed a Biddy Basketball program for Princeton youth. An opposing coach, who later served as Logan principle said of Kaiser “The fact his basketball teams are always fundamentally sound and usually have winning records is only secondary to the fact he develops outstanding young men of character. He demands appropriate behavior from his basketball players and gets it. . . In times when educators and education is constantly under fire it is refreshing to have someone on the teaching staff that has the total respect of the community as Bill Kaiser has.”