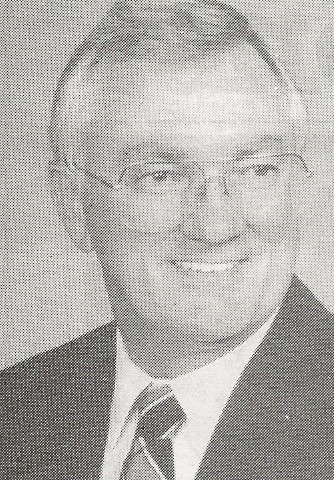 Biography: At the time of his induction, Jim Maxedon had coached varsity boys’ basketball for 28 seasons:  6 years at Clay City HS; 1 year at Sparta HS; and 21 years at Effingham HS.  Besides the numerous invitational championships, Jim’s teams won 15 conference titles, 10 IHSA Regional crowns, and 4 IHSA Sectional Championships.  His Effingham teams made 3 appearances in the IHSA Elite Eight in 1968, 1980, and 1981.  His 1968 team’s only loss was to 2nd place Galesburg High School as the Flaming Hearts finished 30-1 for 3rd place.  In 1979 the team lost to East St. Louis HS in the IHSA Super-sectional game to finish 25-4.  The following year, his team went 30-2 and played in a state championship game loss to (Chicago) Manley HS.  That Effingham team is believed to have been the smallest school to reach the title game in Class AA competition.  Jim has been an IBCA District Coach of the Year on 7 occasions.  Twice he was the Decatur area Coach of the Year.  His teams compiled a record of 513-238.  30+ former Maxedon players received college scholarships.