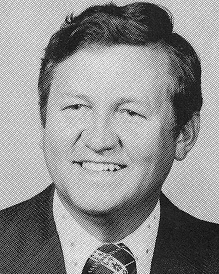 Biography: Bob Miller compiled a record of 298-148 as a high school basketball coach at Grand Tower, Blue Mound, and Mattoon. As coach at Blue Mound, Miller won six Meridian Conference Championships and 10 tournament titles. Twice he was honored as one of the top 10 basketball coaches in Central Illinois by the Decatur Herald and Review, Miller was named coach of the year in 1969 when he directed Mattoon to its first state tournament appearance since 1941. Miller finished his career as the regional superintendent of schools for Clark, Coles, Cumberland, Edgar, Moultrie, and Shelby Counties. Bob was an outstanding high school player at Wayne City. As a 5’4”, 100-pound junior, Miller scored 639 points on a 35-5 team and the next year (1945-46) when he’d grown to 5’6” and 108 pounds, scored 714 on a 28-5 team.