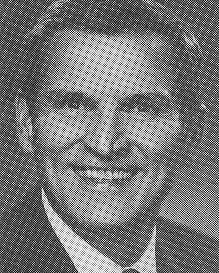 Biography: Ron Nikcevich has the distinction of being the rare coach in Illinois to coach an undefeated state champion in his first season as head coach. Nikcevich accomplished the feat with his 31-0 State champions from LaGrange in 1970. By the time of his 1982 Hall of Fame induction, Ron had compiled a 346-152 record in eight seasons at Riverside-Brookfield and thirteen at LaGrange. Three of his Lyons Township teams – 1970, 1972 and 1981 – have been members of the Sweet Sixteen. His teams have won three Proviso Holiday Tournaments and appeared in the finals six times. Three times his club has posted an undefeated record in winning the West Suburban Conference championship. In addition, Nikcevich has won three other West Suburban crowns. Four of his players have been pro-draft picks and seven have captained their college teams. A charter member of the Illinois Basketball Coaches Association board of directors, Nikcevich is also a past president. A member of Western Illinois University’s 1955-56 team which is in the IBCA Hall of Fame, Nikcevich coached the Class AA North in the 1978 All-Star game. Four of his players are also members of the IBCA Hall of Fame. In 1981 Nikcevich was the only high school coach named to the U.S Olympic Committee’s National Sports Festival. A member of several media all-state boards, Nikcevich, also served on the Medalist Sports Advisory Board for Illinois. Five times Ron was named IBCA district coach of the year.