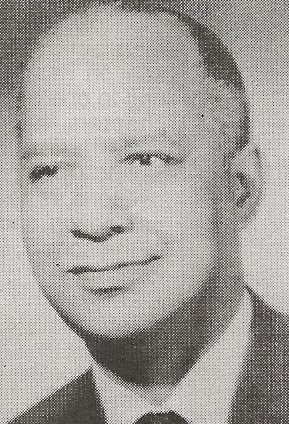 Biography: The late Ernest Page Sr., epitomized the Horatio Alger story in his trek from Peoria Central High School to become the first superintendent of the Lovejoy School District, where he retired in 1971. Page was an outstanding athlete at Peoria Central and captained the football and basketball teams before graduating in 1924.  Page attended Western Illinois University and earned 12 letters. He captained the football and basketball teams and was an outstanding pitcher/first baseman for the baseball team. Many claim Page could have easily been one of the top professional pitchers if Major League Baseball accepted black players in his time.  After graduating from WIU,  he began his basketball coaching career at Lovejoy High School from 1930-43 and 1946-55 and Madison Dunbar from 1944-46. His teams were 420-180 – a remarkable feat because of the small enrollments of the high schools he served. It’s little wonder his teams were often called giant killers.  Page’s teams won five Illinois-Missouri Conference titles, three district titles, two Illinois Colored High School championships and two second places. He was inducted into Western Illinois’ Hall of Fame in 1983 and the Lovejoy School District named its gym the Ernest Page Sr. Gymnasium.